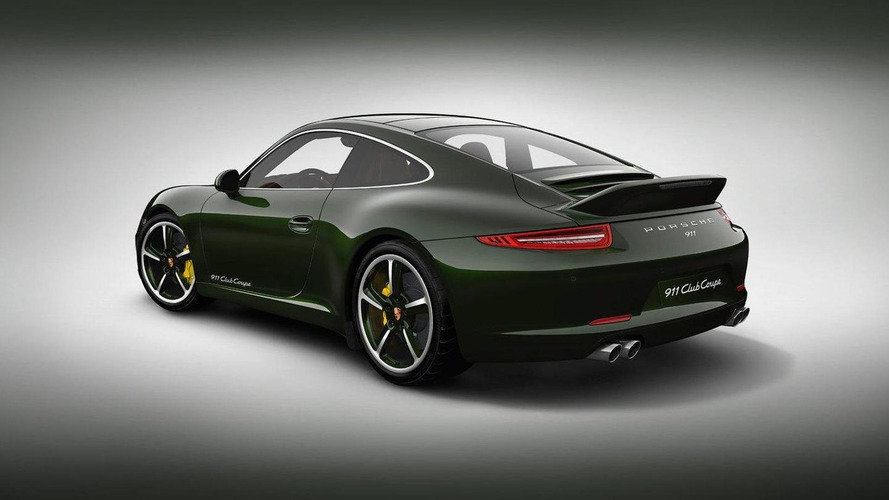 Porsche has announced a special edition 911 Club Coupe to mark the 60th anniversary of the Porsche club scene.

Porsche has announced a special edition 911 Club Coupe to mark the 60th anniversary of the Porsche club scene.

Representative of the 13 original Porsche drivers who founded the world's first Porsche Clubs in Germany, only 13 units will be built and they will be available exclusively to Porsche Club members. However, Porsche will keep one of the 911 Club Coupes for itself. Porsche Club members now total more than 181,000 members worldwide.

Based on the 911 Carrera S, the Porsche 911 Club Coupe comes with an extensive optional equipment list which includes the new Powerkit upgrade to 430 HP (316 kW / 424 bhp), the SportDesign package and a specially upgraded interior. Other highlights include a "Brewster Green" body color, 20-inch SportTechno wheels, special decorative trim with lettering individually created for each customer as well as illuminated door entry guards bearing the model designation and anniversary logo.

The Porsche 911 Club Coupe makes its debut appearance in the Porsche Museum for the "60 years of the Porsche Club" special exhibition which includes a special 1973 vintage US version of the 911 T Coupe which was commissioned by the Porsche Club of America to be restored by Porsche Classic.

Porsche Club members have until 16 July 2012 to register their right to purchase one of the twelve remaining unique vehicles at www.porsche.com/911-club-coupe. The twelve winners will then be determined by a legally audited drawing.

With the exception of China and India, the 911 Club Coupe will be offered in all markets. Pricing in Germany is 142,831 euro excluding VAT.