Renault Alpine A110-50 leaked yet again 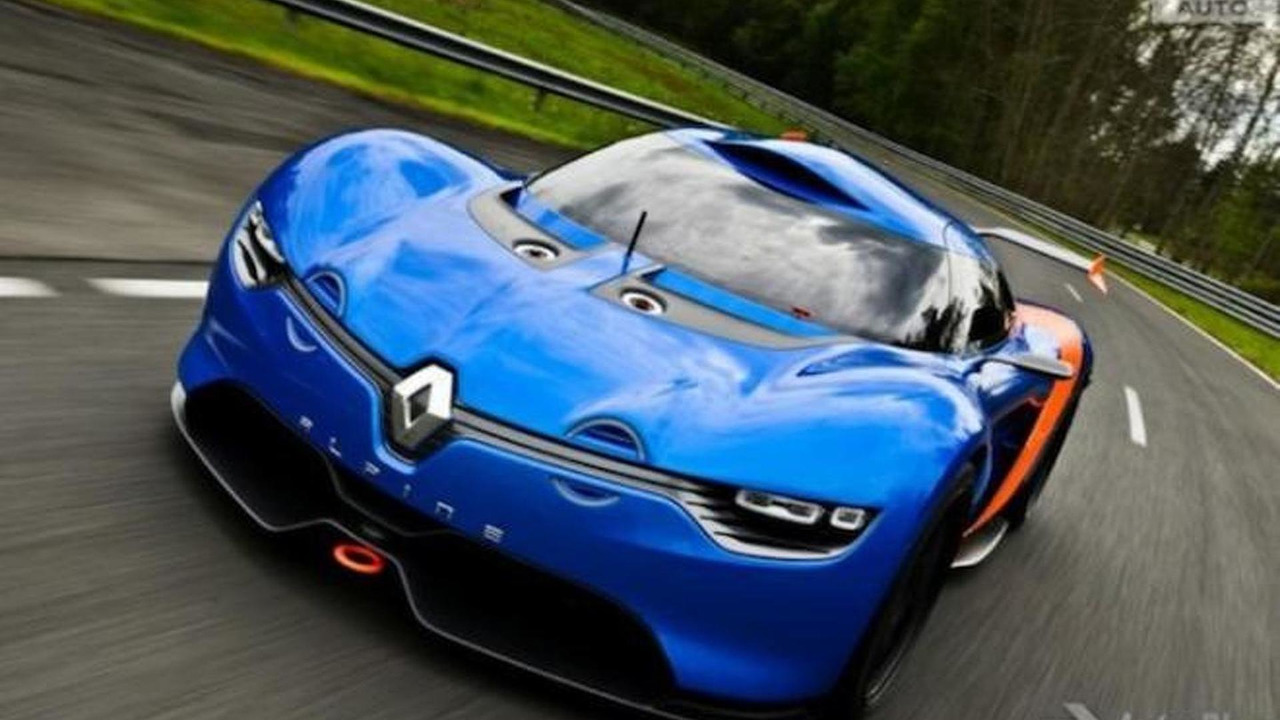 More pictures of the Renault Alpine A110-50 concept have leaked to the web, ahead of its scheduled debut on May 25th.

More pictures of the Renault Alpine A110-50 concept have leaked to the web, ahead of its scheduled debut on May 25th.

Designed to celebrate the 50th anniversary of the original model, the concept features aggressive styling that is heavily influenced by the DeZir concept. Notable highlights include a carbon fiber body, a prominent diffuser and a massive rear wing. Inside, the cabin has Alcantara sport seats, a flat-bottomed steering wheel and a roll cage.

Underneath the bespoke body work there's a tubular chassis that is reportedly based on the Renault Megane Trophy. Rumors also suggest the car is powered by a mid-mounted 3.5-liter V6 engine with 400 PS (294 kW / 394 hp).