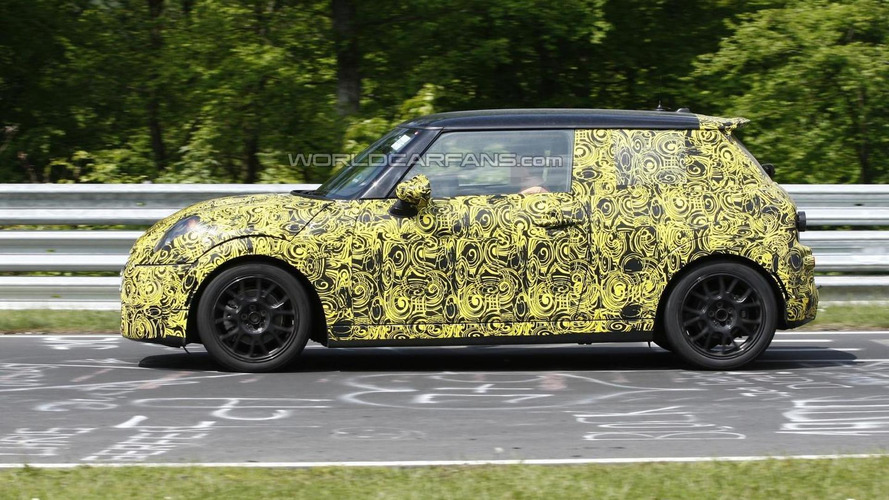 BMW are busy preparing the third generation MINI Cooper range and our spies have caught a prototype of the "S" variant while it was testing on the the Nurburgring in Germany.

While BMW is busy preparing the third generation MINI Cooper range, our spies have caught a prototype of the "S" variant testing on the Nurburgring in Germany.

Evidently, there won't be any radical styling differences when the model is unveiled later this year with the brand generally favoring evolution rather than revolution in their design house. The classic MINI style is unmistakable in these spy photos and we also get a look at the new headlights that feature repositioned indicators.

The centrally mounted twin tailpipes poking out the rear also help to identify this model as the MINI Cooper S. Rumors suggest power for the higher performing variant will come from a new turbocharged 1.6-liter petrol unit that is also employed in the BMW 118i. Output for the MINI version is said to be approximately 180 PS (132 kW / 178 hp).

Expect to see the MINI Cooper range unveiled for the first time at the Paris Motor Show in September.