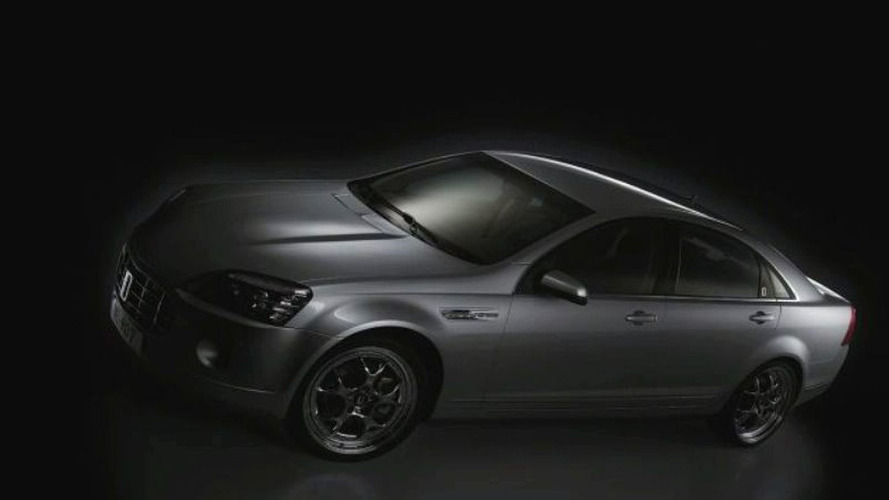 The first new car to be presented by Erich Bitter in twenty years, the Bitter Vero sports saloon, is a vehicle that re-introduces the firm's established tradition of sporting engineering and distinct elegance.

The first new car to be presented by Erich Bitter and his manufacturing firm in twenty years, the Bitter Vero sports saloon, is a vehicle that re-introduces the firm's established tradition of sporting engineering and distinctly-'Bitter' elegance.

Originating in the 1960s as an importer for a number of manufacturers and models as well as development partner on Porsche interiors and several Opel models, the firm began developing its first in-house vehicles, the Bitter CD and CS, in 1971 and 1981 respectively.

And so some two decades later, the Vero arrives. Continuing the 'legendary Bitter tradition', the four-doored sports saloon premieres with a design language new from the ground up - its form chiefly penned in conjunction with GM designer Georg Gallion. The four pipe exhausts are just one of the various styling cues to make the Vero stand out from the crowd, while the car's 'timeless' grille is a feature that aims to pay homage to the brand's rich modern history.

Sporting elegance is the Vero's guiding principle, the car featuring a 270 kW, 530 Nm 6.0-litre V8 unit sourced from GM's Corvette. The Vero's taut set-up is noticed through firm road-holding ability, while not losing the impression of a confident luxury saloon. First examples will be sold mated to a five-speed automatic gearbox, later in early 2008 switching to a six-speed auto transmission. A limited top speed of 155 mph is achievable, although acceleration and CO2 figures are as yet unpublished.

In achieving class-leading specification, a range of special equipment is brought to the Vero - but you won't find much on the options list. For it's all fitted as standard, from its satellite navigation and parking assistance system to its enhanced air conditioned climate control and sunroof. But for customers desperate to tick a box under the somewhat short extras list, the car's 18-inch alloy wheels can be upgraded to mighty 20-inchers.

Alongside what Bitter considers to be highly important for his Vero - its formidable driving enjoyment and tremendous aesthetics - reliability, everday capability and service security will be taken every bit as seriously. As such, General Motors will capably handle servicing through their extensive service network, not least for their involvement in the development of the vehicle and the production of its engine.

The Bitter Vero enters showrooms priced at €121,975 inclusive of German taxes (and €102,500 without). Visit Bitter Cars' website for further details.