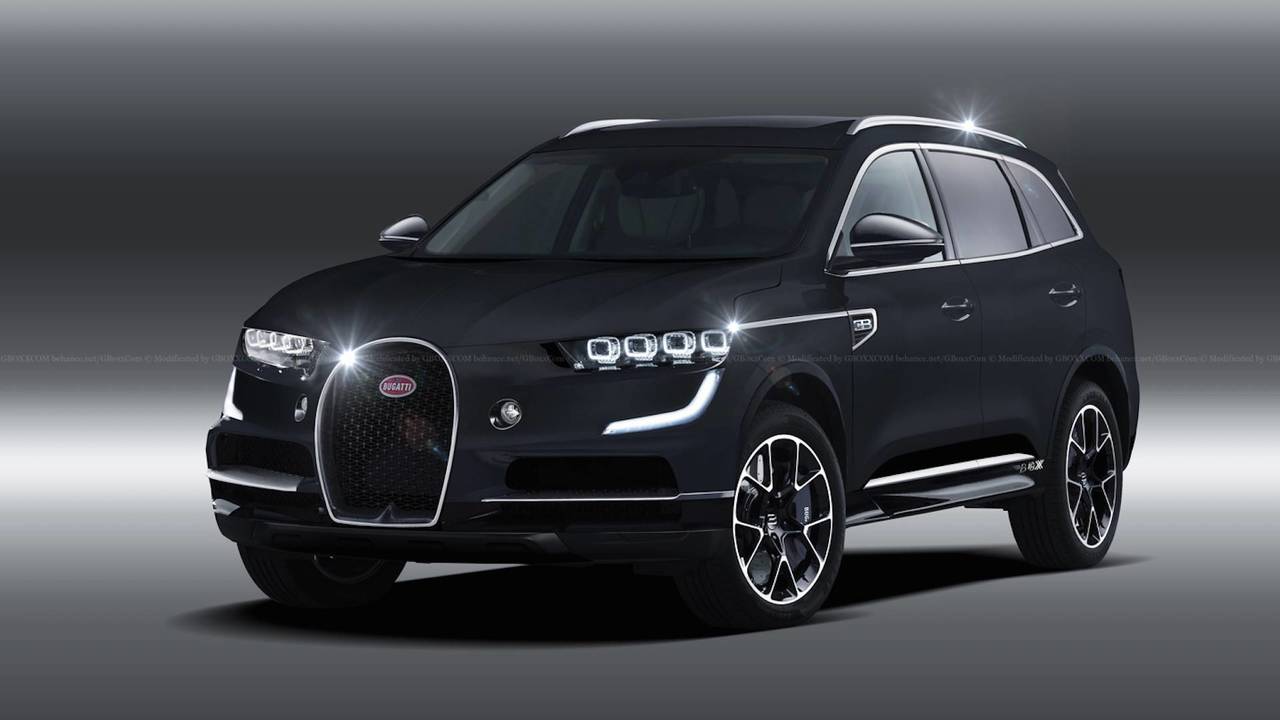 Not to worry one-percenters, your Bugatti SUV won't be based on a mundane Touareg.

When it comes to the Volkswagen Group’s MLB Evo platform and large SUVs, you have the VW Touareg at the bottom of the food chain, followed by the Audi Q8, Porsche Cayenne, Bentley Bentayga, and the Lamborghini Urus. Could VAG go any higher while sticking to the same platform? It could by introducing an MLB Evo-based Bugatti SUV, but it won’t.

The man in charge of the Molsheim brand, Stephan Winkelmann, has revealed in an interview with Australian magazine Car Advice that even if an SUV were to get the stamp of approval, it would not ride on an existing VAG platform. Instead, the Bugatti on stilts would use an architecture specially developed for the high-riding model, and production would take place at home in France rather than sharing the assembly line with lesser VW Group products.

As a side note, the aforementioned Touareg, Q8, and Cayenne are all produced at a factory in Bratislava, Slovakia whereas the Bentayga is built by Bentley in Crewe and the Urus comes to life in Lamborghini’s plant in Sant’Agata Bolognese. Should the Bugatti SUV be green-lighted, the company would have to expand its factory to accommodate the extra production.

It’s too early to say whether it will be an SUV, but Winkelmann mentions Bugatti is ready to add a new model to join the Chiron. He went on to mention that while a hybrid powertrain is “good for the time being” to meet stricter emissions regulations, it does come with a weight penalty of 250 kilograms (551 pounds) in exchange for an EV range of only 31 miles (50 kilometers).  Another way to cut down emissions is by making the cars lighter, and Winkelmann believes Bugatti has to lead the way within the VW Group as far as developing lightweight materials.

A Bugatti EV is Not Just A Wild Rumor:

Speaking of electrification, a recent rumor indicates a zero-emissions model taking the shape of a Royale sedan will be launched in 2023, but nothing is official yet.

Car Advice’s article ends with “be prepared for a very different Bugatti coming next – maybe even announced as part of its 110th Anniversary celebrations later this year.” They must know something that we don’t, so it looks like the one-off La Voiture Noire and the Chiron “110 ans Bugatti” special edition aren’t the only debuts planned for 2019.