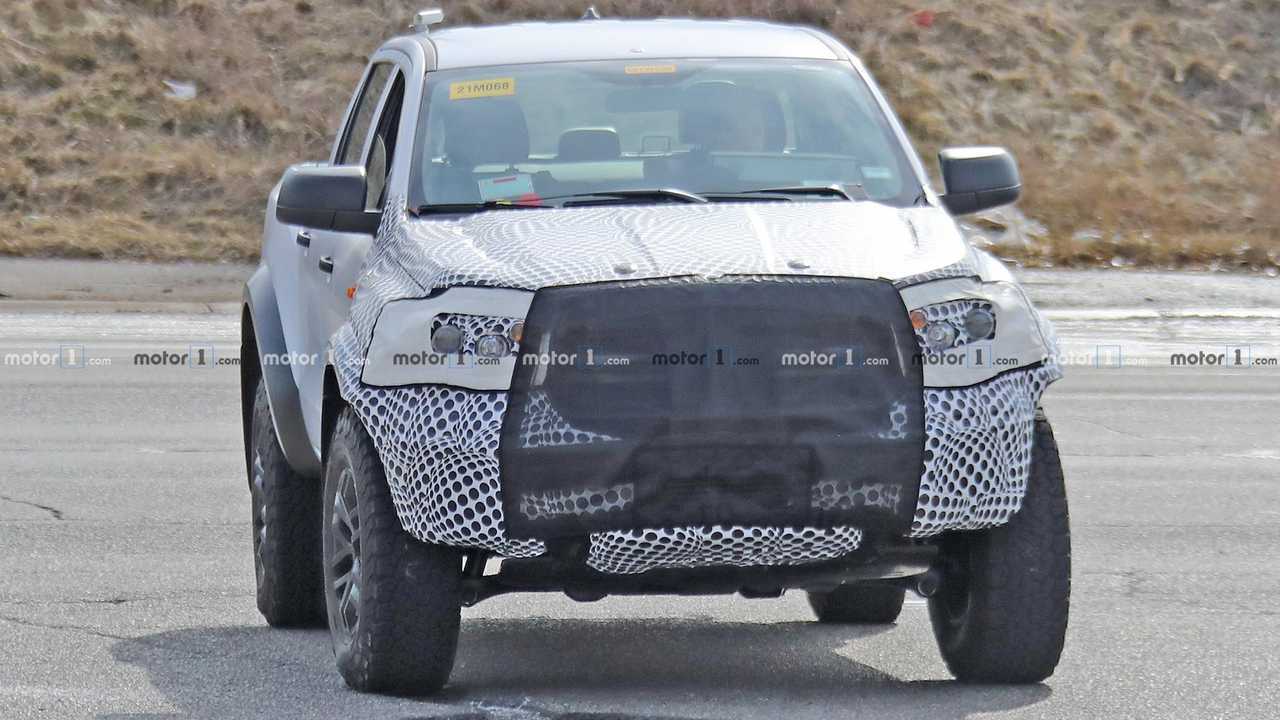 There appear to be gauge pods on the A-pillar, which seems odd.

The Ford Ranger Raptor continues its development in Michigan, and these new spy shots catch the rugged truck on the road. Unfortunately, this test mule wears more camouflage than the pickup in the last set of photos. Our spies believe this vehicle is for engineering all of the next-gen model, rather than just the powertrain for the previous one.

This Ranger Raptor test mule wears camouflage and mesh over the front end, but the rest of the body doesn't have any concealment. This one also has placeholder headlights, instead of the current production units in the earlier spy shots (below). While somewhat hard to see, the grille on this truck also is different by appearing to have a vertical piece in the center.

Because of the pickup's ride height, it's possible to get a tiny view underneath the Ranger Raptor. However, Ford's engineers are one step ahead and cover the rear differential.

The two test mules are far more similar at the back. The white truck in the new shots doesn't have a rear bumper, but this provides a better look at the dual exhausts that emerge from each side.

The new spy shots also provide a tiny glimpse into the interior. In an odd touch, there gauge pods on the A-pillar. The rest of the cabin is very difficult to see.

The Latest News On The Ranger Raptor:

Powertrain details for the American Ranger Raptor still aren't clear, but it reportedly packs a V6, possibly Ford's 2.7-liter EcoBoost 325 horsepower (242 kilowatts) and 400 pound-feet (542 Newton-meters) of torque. The variant currently available in other parts of the world has a 2.0-liter turbodiesel four-cylinder with 210 hp (157 kW) and 369 lb-ft (500 Nm).

The current speculation suggests the Ranger Raptor could arrive as soon as 2020 or possibly not until 2022. Given the number of test mules we are seeing, an earlier date is starting to seem more likely.