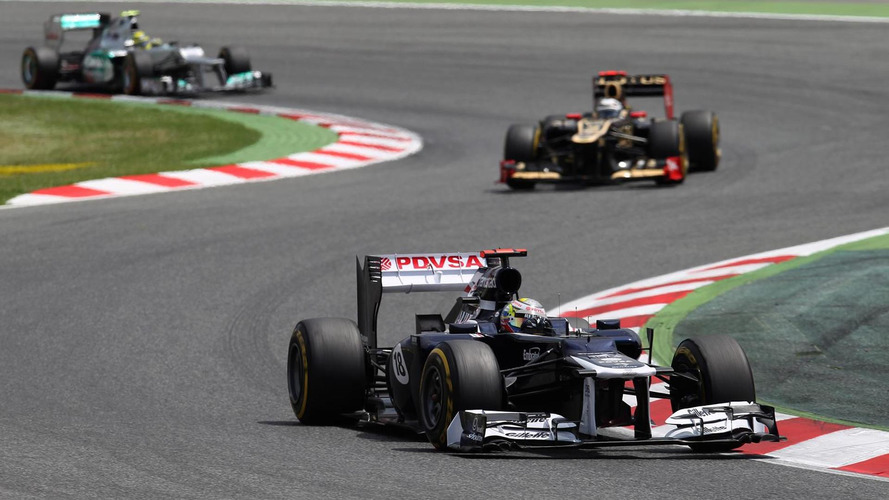 After five different teams won the opening five races of 2012, a debate has exploded: is it good for formula one?

After five different teams won the opening five races of 2012, a debate has exploded: is it good for formula one?

"Take a pack of playing cards, throw them up in the air and make a note of those that land on top," wrote Paul Weaver in Britain's The Guardian newspaper.

Triple world champion Niki Lauda, an almost permanent presence on the F1 scene since the 70s, agrees that despite initially enjoying this season's unpredictability, the chaos is now becoming all too predictable.

"Last year, when Sebastian Vettel won everything, it was almost boring," he said on Austrian Servus TV. "Now it is so confusing that you almost can't follow it.

"Until now it's been good but I hope it's now the turning point for more logical races," said Lauda.

"If it goes on like this, we will all be completely confused by the end."

"Can I explain how (Pastor) Maldonado was eight tenths better (in Spain)? Not over a lap, but in one sector!" he exclaimed rhetorically.

2012 has been likened to 1983, when five different cars and drivers won the opening five races.

But writing in O Estado de S.Paulo newspaper, Brazilian correspondent Livio Oricchio reminded that, 29 years ago, there were three competing tyre manufacturers, and turbo engines competing with normally aspirated ones.

Now, it's all about Pirelli, but HRT driver Pedro de la Rosa admitted he is enjoying it.

"It is impossible to predict what is going to happen so for me the championship is the best that I have experienced," said the Spanish veteran, according to EFE news agency.