VW Caddy Spied Getting Ready For A Complete Overhaul 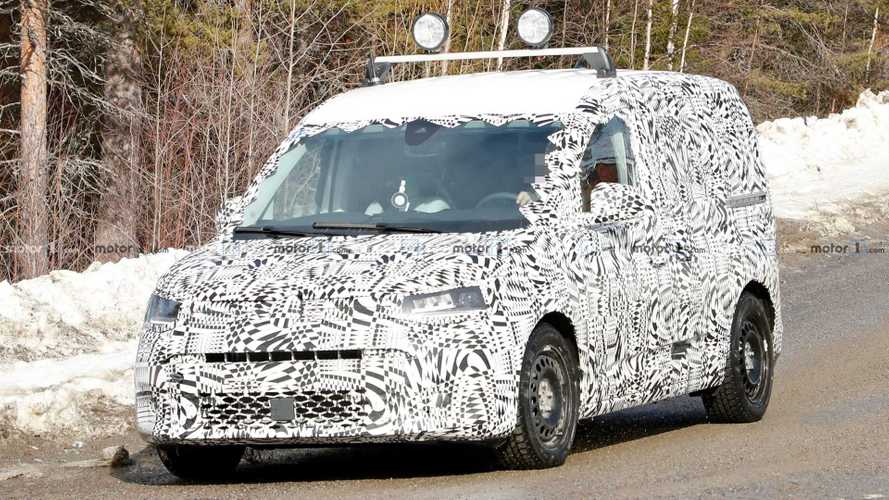 Finally moving to the MQB platform.

Believe it or not, the current Volkswagen Caddy has been on the market since 2003. It received two major facelifts, one in 2010 and one in 2015, but still uses platform components from the Golf V and first-generation Touran. The commercial vehicle, also available as a leisure activity vehicle, will finally move to Volkswagen’s MQB modular architecture in 2020 or 2021 when the fourth generation model arrives.

Today we can share the very first spy photos with the new Caddy and this prototype appears to be wearing the body of the current model. Even in this early stage of development and testing, we are able to see that the German company has significant improvements in the cards for the van. If you take a closer look at the front bumper, for example, you’ll notice the massive radar integrated into the lower grille, which hints at some semi-autonomous functions.

The MQB underpinnings will allow Volkswagen to implement many of its current technologies, including several electronic safety and assistance systems. More importantly, you can expect to see mild-hybrid powertrains with 48-volt electrical architectures and integrated starter-generators. This should help the Caddy meet the ever stricter emission standards in Europe and to better rival the new generation of hybridized commercial vehicles from Ford.

These spy photos show the regular passenger Caddy but customers will also be offered with a number of other body styles. In fact, word on the street is the new Caddy will be integrated into the new Transporter T7 lineup and will debut as the T7 Life Caddy. Later on, it will be joined by an LWB variant called the T7 Family, which will replace the Sharan family hauler once it goes out of production in about two years from now.