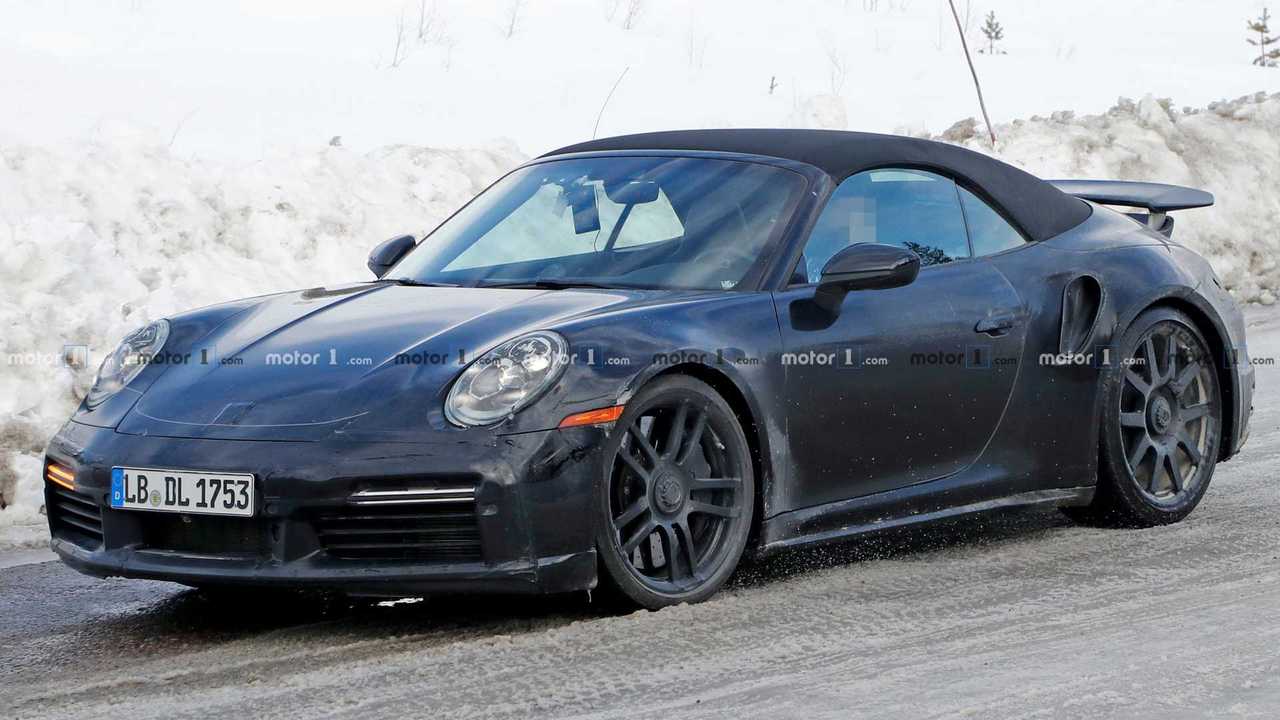 Still, the testing must go on in all conditions.

The new Porsche 911 Turbo Cabriolet has been spied once again still not letting us take a better look at its aggressive body. This prototype wears a lot of camouflage and the bumpers at the back and up front are both covered with large amounts of disguise keeping their design in secret.

From what we are able to see though, the lightbar connecting the taillights will find a place in the Turbo versions of the new 911 and that’s not really a surprise. Naturally, the position of the registration plate will be moved down towards the lower half of the bumper, somewhere closer to the exhaust pipes.

Speaking of the exhaust system, it should be connected to a turbocharged flat-six engine generating in excess of 600 horsepower (447 kilowatts). An all-wheel drive will channel the power and guarantee not a single pony goes away without motivating the sports convertible from Germany. Once the car debuts, you’ll be able to easily distinguish the Turbo powertrain by the different bumpers and the large extendable wing at the back.

The front end of this test car features less camouflage but there’s something interesting happening with the headlights. While the units appear to be identical with the ones we’ve already seen in the new 911 Convertible, there’s a thin transparent film of foil covering the lenses. Considering the weather conditions, it’s probably there just for extra protection.

With the new 911 already out and about, we expect to see the 911 Turbo in Coupe form before the year’s end and the Frankfurt Motor Show this fall seems like a potential event for the debut. The open-top variant should join the range sometime next year and the most optimistic expectations suggest we might see it in Geneva in March 2020.