New Rolls-Royce Ghost To Debut In 2020 With AWD 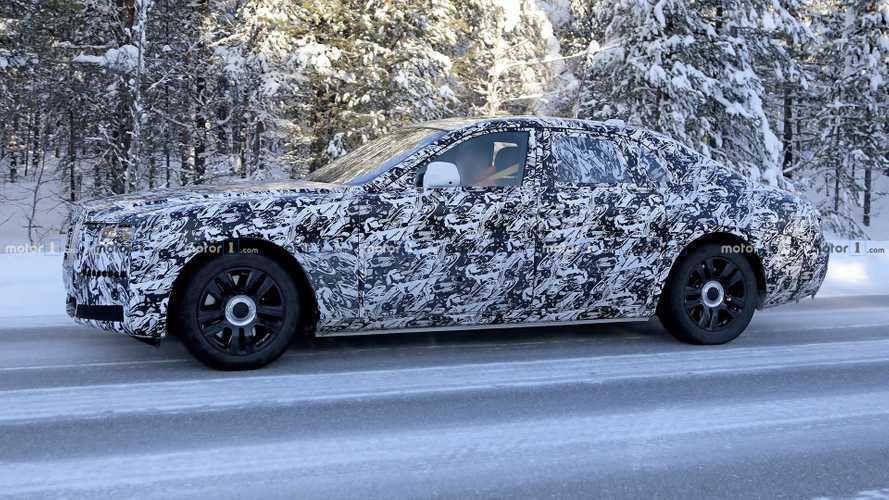 A new platform will underpin the super luxury sedan.

In January this year, we shared the first batch of spy photos with the next-generation Rolls-Royce Ghost. It showed a highly camouflaged prototype clearly sharing a lot of design details with the current model. As a new report from Autocar details, the situation will be significantly different under the skin.

The super luxury sedan will ditch its old BMW-sourced steel monocoque from the previous 7 Series for a new aluminum spaceframe platform. Obviously, this will result in a serious weight reduction which is a welcomed improvement over today’s nearly 5,511-pound (2.5-tonne) Ghost. More importantly, the new architecture will allow for some autonomous technologies.

Another important novelty will be the addition of an all-wheel drive which will be mated to an eight-speed automatic gearbox and a 6.6-liter V12 twin-turbo engine. This setup should make the Ghost a more dynamic and efficient car than today’s model, but don’t look for large economy gains – Rolls customers are much more interested in extra tank range than better fuel consumption.

The new underpinnings will also give engineers the possibility to integrate a 48-volt electrical architecture allowing an active anti-roll system. In addition, the British magazine also claims a four-wheel steering system might be implemented for improved low-speed agility.

As far as the design is concerned, as the first spy photos suggested, the new Ghost will be an evolution of the shapes we know from the current generation of the model. Look for the signature rear-hinged rear doors and a massive chrome radiator grille with LED lights both at the back and up front. The headlights should also benefit from laser technology.

And, finally, the interior is expected to gain discreet revisions including a new digital instrument cluster, a head-up display, and additional safety features. The infotainment screen, according to Autocar, will slide electrically out of sight when not required.