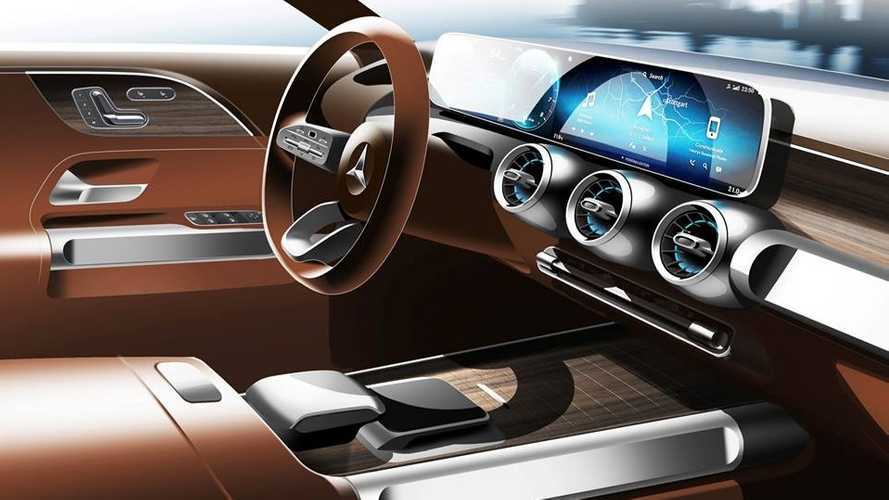 The baby G-Class is coming to Auto Shanghai in concept form.

The forthcoming Auto Shanghai event in China alternates with the Beijing Motor Show where in 2018 Mercedes unveiled the rather peculiar Maybach Vision Ultimate Luxury. This year, another high-riding concept will celebrate its debut, but it surely won’t be nearly as controversial as the oddly shaped sedan-SUV mashup from 2018.

Spotted multiple times testing as a disguised prototype, the first-ever GLB will be previewed by Mercedes through a concept. Judging by the looks of this teaser showing a good chunk of the interior, chances are we’re dealing with a near-production concept since the dashboard design is pretty close to other new-era compact cars from the three-pointed star.

What is the GLB you ask? It’s a new model that will obviously slot between the GLA and GLC because there’s no such thing as having too many crossovers. The test vehicles we’ve been spying on were hiding a somewhat boxy shape reminiscent of the defunct GLK, with some referring to the new GLB as a baby G-Class.

Everything from the dual digital screen layout and air vent design to the steering wheel and the door card strongly hints the GLB will largely inherit the cabin from compact cars such as the A-Class and CLA, which isn’t really all that surprising. The B-Class minivan has an almost identical design, and chances are the next-gen GLA will also borrow the very same look.

Engines, gearboxes, and pretty much all of the oily bits will be taken from the other new Mercedes compact cars. With this being a somewhat rugged CUV, the German automaker could focus more on all-wheel drive, although cheaper versions could still come with a FWD layout. Due to the boxy shape, the cabin is likely to be considerably roomier than that of the GLA and the cargo capacity is also probably going to be significantly higher.

Auto Shanghai 2019 will be kicking off in less than two weeks, with the first press day scheduled for April 16.