Chevrolet Applies For 'Cavalier' Trademark In The US 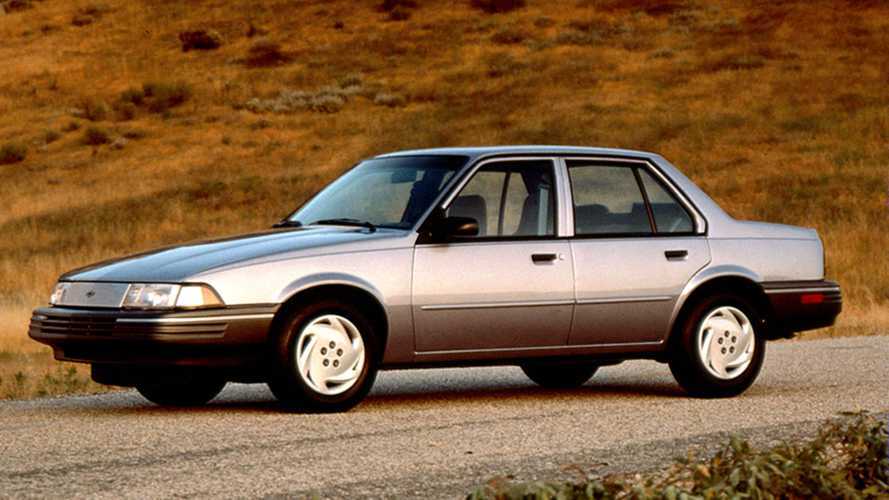 Mere weeks after closing the factory that built the original Cavalier, GM might be reviving the name.

The Chevrolet Cavalier, which ran from 1982 to 2005, lived a hard life. Originally intended as an upmarket, domestic alternative to cars like the Honda Accord, the Cavalier was hamstrung by a botched launch.

The 1982 model's wheezy, carbureted 1.8 liter four cylinder lacked refinement, and it made the whole car seem cheap. While the engine was replaced the very next year with a smoother fuel-injected 2.0 liter, the damage was done.

As a result, the Cavalier quickly became an also-ran, never being afforded the chance to stand on its own merits. If you counted all of the times General Motors shot themselves in the foot back in the 1980s [and before (and since)], they wouldn't have any toes left.

For its entire run, the Cavalier became the unofficial car for Midwesterners who pined for an import, but lived with the sort of relatives who forbade anything not built by the UAW to take up residence in their driveway. Despite a few bright spots (the first-gen Z24 with the 2.8 liter V6, for example), product planners seemed to accept this role with increasing apathy. When the Cavalier was replaced in 2005 by the marginally better Cobalt, it was not missed by many.

Our friends over at The Drive have discovered that General Motors has once again applied for the Cavalier nameplate in the United States. This is bizarre news for a lot of reasons.

Along with the sort of baggage the Cavalier name carries, General Motors just closed the Lordstown, Ohio assembly plant that built the Cavalier. GM had a long history of building Chevy small cars there, starting with the Vega, followed by the Monza, then the Cavalier, Cobalt, and, most recently, the Cruze.

Call us cynical, but this seems like just another slap in the face to the embattled former employees of Lordstown Assembly. In fact, we're already waiting for the other shoe to drop.

Chevrolet currently offers a compact car badged as the Cavalier in China and Mexico. Within the next few weeks, we wouldn't be surprised to learn that Chevrolet is planning on selling that car here to replace the Cruze. It's very likely that it won't be built in the United States.

Source: The Drive via the US Patent & Trademark Office; photo courtesy General Motors