2020 Chevy Tracker And Trailblazer Show Up In Teaser

The two crossovers will premiere on April 16.

General Motors will have a lot of crossovers to show later this month at Auto Shanghai as aside from unveiling the Buick Encore and Encore GX, the automotive conglomerate will also introduce the Chevy Tracker and Trailblazer. The company with the bowtie emblem isn’t willing to go into any details about its two new high-riding models, but it does say they’ll boast “GM’s latest propulsion, intelligent connectivity and safety technologies.”

Various reports are indicating the new Tracker is longer, wider, and lower than the outgoing model, with a 0.6-inch longer wheelbase for more interior legroom. Power is expected to come from a small three-cylinder turbocharged 1.0-liter engine with 115 hp channeled to the road through a dual-clutch, six-speed automatic transmission. In terms of positioning, it will slot below the Trax as far as pricing is concerned. 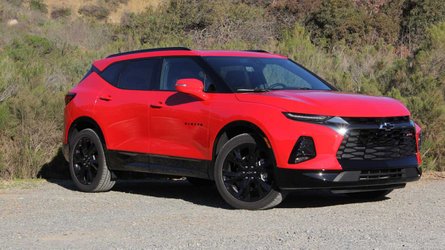 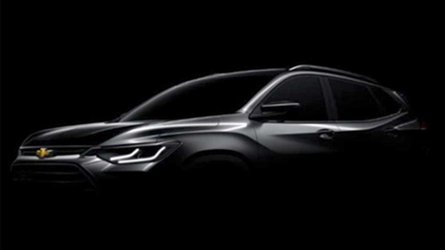 Is This The Return Of The Chevrolet Trailblazer Name?

In regards to the Trailblazer, it will probably fill in the gap between the Trax and Equinox. It’s worth mentioning the new crossover won’t actually mark the return of the Trailblazer moniker since the name wasn’t killed off by GM when the first generation was discontinued in the United States after the 2009 model year when it was replaced by the Traverse. A second generation, launched in 2012 and based on the Colorado truck, has been available in Australia (as a Holden) and also in Asia and Brazil.

We will have all the juicy details on April 16 when Chevy will unveil the Tracker and Trailblazer at Auto Shanghai 2019 in China. 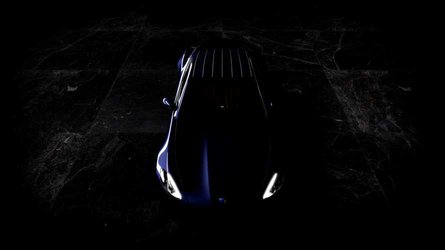 SHANGHAI – Chevrolet today announced that two all-new SUVs – the Tracker and Trailblazer – will make their global debut at Auto Shanghai 2019, which begins on April 16.

The Tracker and Trailblazer adopt GM’s latest propulsion, intelligent connectivity and safety technologies. They will bring the joy of exploring life and pursuing passion to a new group of vehicle buyers in the brand’s second-largest market.

Since introducing the Suburban Carryall – the world’s first SUV – in 1935, Chevrolet has been committed to offering innovative products with world-leading technologies to SUV enthusiasts. The Tracker and Trailblazer will join the Equinox in Chevrolet’s SUV lineup in China to meet the diverse demands of younger consumers and those who desire SUV functionality and driving dynamics.

Founded in 1911, Chevrolet is one of the world's largest car brands, doing business in more than 100 countries and selling more than 4.0 million cars and trucks a year. Chevrolet provides customers with fuel-efficient vehicles that feature engaging performance, design that makes the heart beat, passive and active safety features and easy-to-use technology, all at a value. More information on Chevrolet models in China can be found at www.chevrolet.com.cn.