The GX version will be a larger version of the crossover.

Introduced in Europe as the Opel Mokka in 2012 before getting the Buick badge for North America and China, the Encore subcompact crossover is about to make the transition towards the second generation. We are less than two weeks away from its world debut at Auto Shanghai 2019 in China where it won’t be all alone on stage as the model will be joined on stage by the Encore GX. 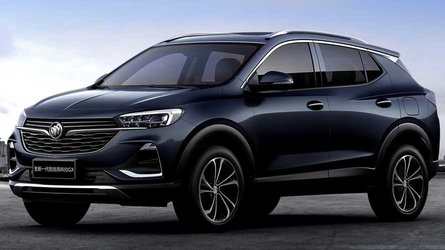 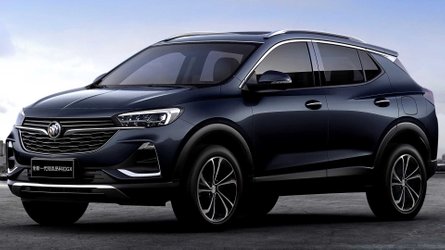 What is the Encore GX? The press release attached below refers to the standard Encore as a subcompact crossover like the outgoing generation, while the GX has a compact size. That’s why the adjacent teaser image is showing the derrière of two crossovers. The teaser doesn’t reveal much, but we can at least observe the taillight design has gone through significant changes compared to the outgoing Encore. The rear clusters now extend onto the tailgate and have slightly different graphics depending on whether it’s the standard model or the bigger one.

Technical specifications are shrouded in mystery, but Buick does say the Encore models will make use of a nine-speed Hydra-Matic transmission and a newly developed CVT. Some big promises are being made in the press release, with the 2020 Encore duo set to offer “outstanding styling, optimized interior packaging, improved efficiency, and new technologies.”

In case you’re curious which is which in the adjacent teaser, we believe the red one on the right is the bigger Encore GX since its greenhouse appears to be extending aft the rear doors. That’s usually a sign of a longer wheelbase, which will probably be the only major difference between the two crossovers.

The jury is still out on whether the GX will be available in North America, but there’s at least one reason to believe it will happen. Based on a trademark filing with the United States Patent and Trademark Office (USPTO), Buick registered the “Encore GX” moniker in the U.S. last September. That doesn’t necessarily mean the compact Encore is earmarked for North America, but don’t be too surprised if it will be sold alongside the subcompact version.

Buick will unveil the two crossovers on April 15 at Auto Shanghai.

SHANGHAI – Buick today announced that the all-new Encore small SUV and Encore GX compact SUV will make their global debut at Buick Brand Night on April 15 in Shanghai. They will also be on display to the public at this month’s Auto Shanghai 2019.

The Encore, Buick’s first SUV built in China, originally went on sale in the domestic market in October 2012. The Encore GX is a new addition to the Encore series in China.

The all-new Encore and Encore GX will join the Envision and Enclave to upgrade Buick’s SUV lineup – which covers small, compact, midsize and large SUVs – and strengthen the brand’s competitiveness in the SUV segment in China.

Buick is an international brand offering vehicles with sculpted designs, luxurious interiors and thoughtful personal technologies, along with responsive-yet-efficient performance. Buick is attracting new customers with its portfolio of award-winning models in North America and China. Buick has sold over 9 million vehicles in China since its introduction by SAIC-GM in 1998. More information on the Buick brand in China can be found at Buick Media Online.