Unfortunately, all the money in the world won't fix those massive grilles.

The famous French fashion designer Coco Chanel once said that "luxury is the opposite of vulgarity." We tend to agree, and we think that someone ought to remind the folks at BMW, as their comically oversized grilles are both ostentatious and vulgar.

This Carvlogger YouTube video, hosted by Amrit Hoeba, takes us on a tour through a new BMW M760Li that was treated to the full complement of BMW Individual factory upgrades to the tune of an eye-watering $308,750. He starts the video off by comparing the front end to the older model, saying that the grilles are just something that we'll "need to get used to." Not a chance, Amrit.

More On The BMW 7 Series: 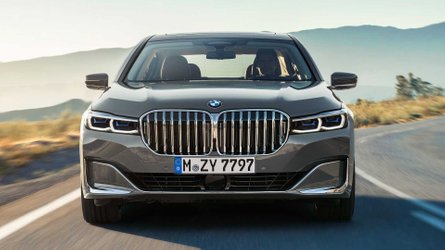 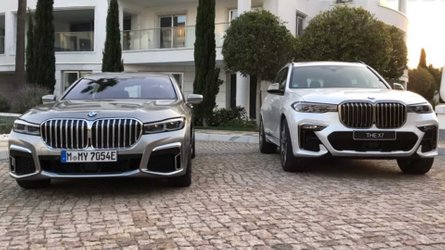 At nearly $140,000, this long-wheelbase, V12, M Package monstrosity is already at the upper end of BMW pricing before taking into account the BMW Individual treatment. Before showing us around the car, Amrit runs us through the options list.

The printout is several pages long. The dark grey paint is optional, as well as the Cognac-colored Nappa leather. The panoramic glass roof is a pricey option, as well as the ventilated massage seats, which alone cost as much as some of us have paid for running, driving cars.

The Bowers & Wilkins surround sound stereo option is over $5,000. This car also features the full complement of available tech options and driver assistance features, which, on a 7 Series, is quite a lot.

Of course, looking at the paper is pretty boring, so Amrit shows us the entire car, starting with the outside before moving inside. While the car is impressively appointed, there's a lot going on – maybe too much for our more restrained sensibilities. Then again, maybe we aren't exactly the target audience for a car like the BMW M760Li. Given the price tag, that's just fine by us.