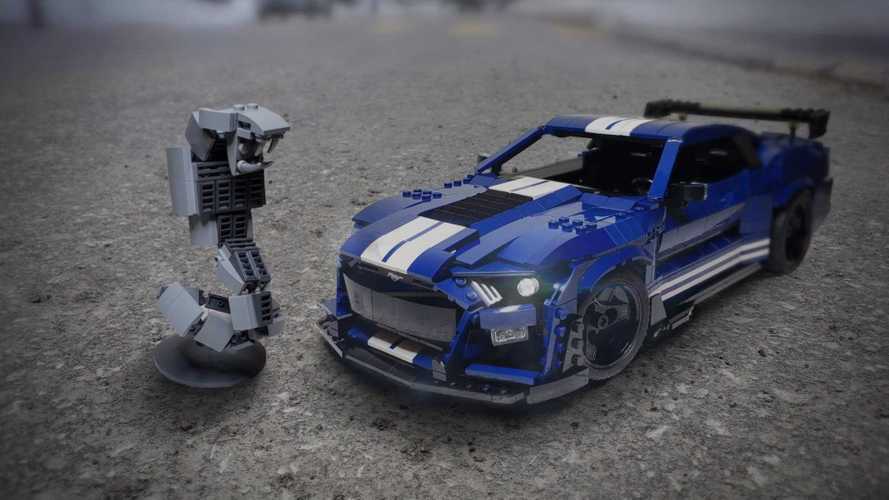 This fan creation isn't something you can buy on store shelves – not yet, at least.

Lego toys foster creativity like no other. The modular building system offers just the right blend of variety and limitations to inspire builders young and old.

The past few years have been truly wonderful for car enthusiasts who are also Lego fans. There's bee a multitude of officially licensed sets from car manufacturers, and for Mustang fans especially, there's a lot to be excited about, as there's a new set on the horizon: a giant-sized 1967 Ford Mustang fastback.

Lego Ideas is hosting a contest, urging participants to "Celebrate Your Favorite Mustang In A Beautiful Scenery!" Our favorite entry so far is this model of the upcoming 2020 Shelby GT500.

From what we can tell, this Mustang appears too be roughly the size of the Lego Technic Corvette ZR1, which is to say, somewhere between the Speed Champions series and the massive Bugatti and Porsche sets.

Those who know Lego will notice several unique building techniques utilized throughout the model. It's a very clever build, and the creator says that they used several new pieces that they hadn't worked with much before.

One of our favorite features is the three-dimensional rendition of the iconic Cobra emblem sitting atop its own display stand. As far as the car itself, the creator nailed the overall proportions as well as the specific shapes of some of the more noticeable features, like the headlights and grille.

You'd have to pull out something truly special to top this entry, but if you're ambitious, you have until April 3rd at 6:00 AM EST to enter – so you'd better get cracking if you haven't started already. Winners will receive the new Lego Creator Expert 1967 Mustang fastback kit, a Speed Champions 1968 Mustang fastback kit, and a $500 shopping spree on the Lego.com online store.