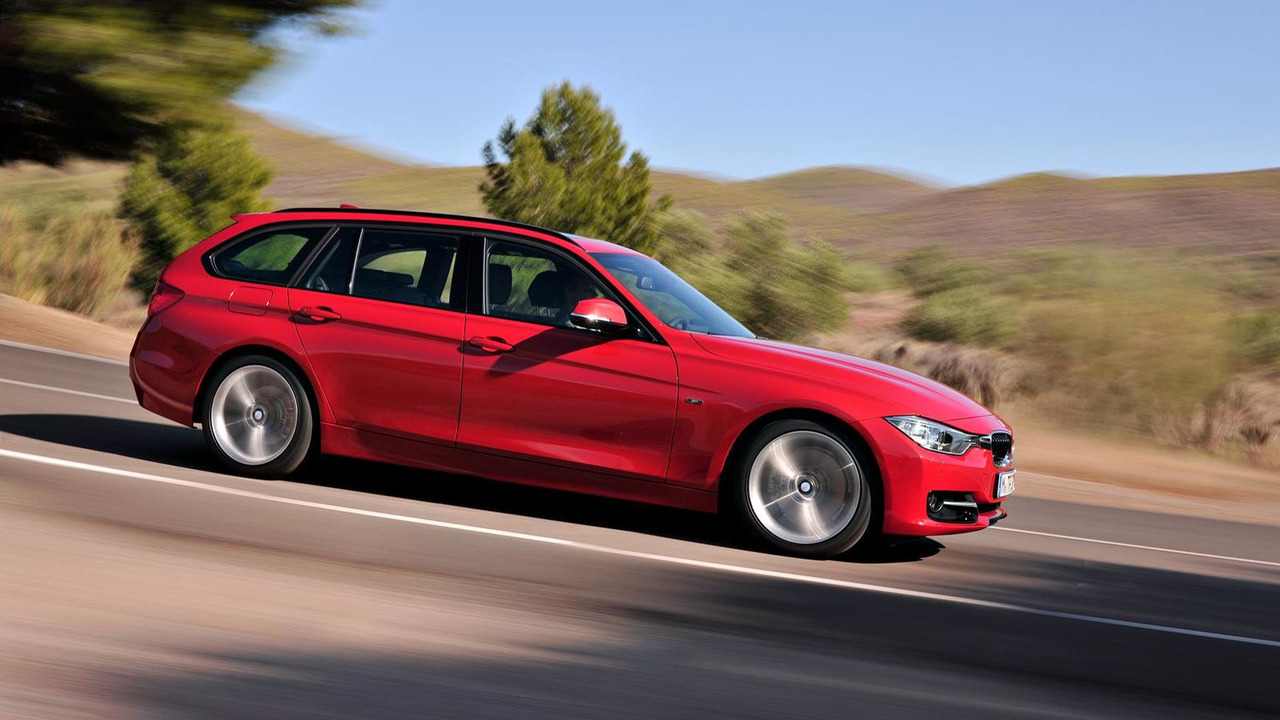 BMW has released the initial photos and details of the BMW 3-series Touring, the second body style to join the new generation 3-series range.

BMW has released the initial photos and details of the BMW 3-Series Touring wagon, the second body style to join the new generation 3-Series range.

The styling is identical to its sedan sibling from the front fascia right through to the B-pillar that sits between the front and rear passenger doors. The roofline features a slighting sloping design that extends to a rear spoiler giving the wagon body style a slightly sportier appearance.

Dimensions have been slightly increased over its predecessor that has allowed additional leg room and luggage space. The overall length measures 97mm longer while the wheelbase has also gained an extra 50mm. It helps the model achieve an extra 17mm of legroom and 35 liters of additional luggage space.

The best performance figures come courtesy of the 330d which can accelerate from 0-100kph(0-62mph) in 5.6 seconds before arriving at an electrically limited top speed of 250kph(155mph).

The BMW 3-Series Touring wagon will arrive in dealerships at the end of the summer with pricing in the UK market to start at £29,380 for the base 320d model.