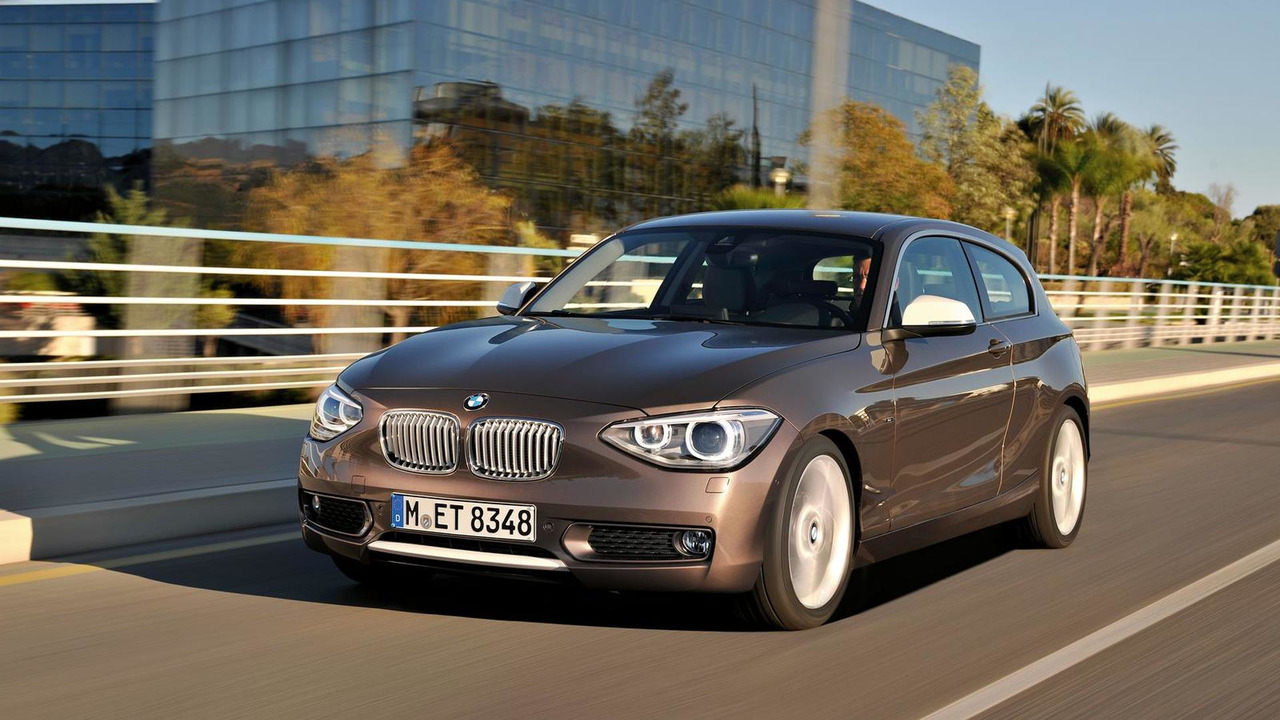 The three-door hatch becomes the second body style to join the new generation 1-series after the five-door version.

The new model's dimensions have grown a little over its predecessor. The length has increased by 85mm, the width is up by 17mm while the wheelbase has seen its length extended by 30mm. It helps enhance the driving dynamics of the model while offering a little extra space for the interior where legroom has increased by 21mm and luggage capacity has increased by 30 liters to 360 liters.

At launch, the 1-series range will also be available with an extended range of power options that include petrol, diesel and TwinPower Turbo technology. The 114i is a new entry level version that uses a 1.6-liter TwinPower Turbo unit that generates 102PS(75kW/100hp) and 180 Nm (133lb-ft) of torque.

Later in 2012 BMW will also be adding the 120d version to the line-up in both three-door and five-door guise. It will be the only variant outside the M-induced M135i version that will be available with the xDrive all-wheel-drive system and comes with a power output of 170PS(125kW/168hp).