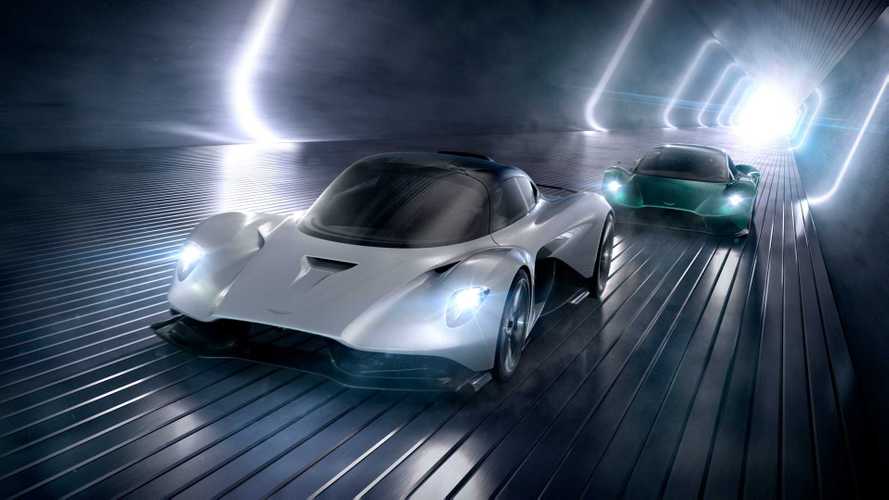 First, Valhalla. Then this.

Aston Martin seems to be working through the names of its vehicle lineup. It was this month when the brand's chief honcho Andy Palmer hinted that the AM-RB 003 concept from this year's Geneva Motor Show would be named Valhalla. That's well and good since the name fits the current moniker scheme of the British marque.

Varekai, on the other hand, is the name that Aston Martin chose for its rakish SUV before it went back to its current DBX name. Quite a missed opportunity, though, since Varekai apparently means wherever – a perfect name for a vehicle that's supposed to take its owners wherever they wanted to.

However, it seems like there's a new name on the horizon that Aston Martin wants to consider. Caught by AutoGuide, the British sports car maker has filed a trademark over the name Valen. This is according to a recent document that the United Kingdom’s intellectual property office published. It was in October of 2018 when Aston Martin filed reserved for the name with the Lebanese trademark office.

Of note, automakers have been keen on not using names they have filed trademarks for, and that's fine. Most of them file trademarks for safe measure, just in case.

What Does The Future Hold For Aston Martin?

Now, it's easy to conclude that Valen would be the production name of the AM-RB 003 if not for the previous reports about the Valhalla. But that report was pretty conclusive, so we're leaning towards believing that Aston Martin would stick to that name for now.

With that said, will another Aston Martin supercar or hypercar be revealed sometime in the near future? Only time will tell but judging by the name Valen itself, which means strong in Latin, it could be a hypercar that's strong enough to beat the current showstoppers in its class. Something exciting? Definitely.