The Suzuki Jimny is probably one of the world's hottest cars that will never be sold in the United States – at least for now. In fact, Suzuki Japan, the only place where the Jimny is being manufactured, is having a hard time keeping up with the global demand.

Like it or hate it, the Jimny's appeal lies in the fact that its boxy shape is reminiscent of the Mercedes-AMG G63, which isn't really a bad thing because the price difference between the Japanese mini off-roader is 10 times cheaper than the German luxury SUV.

With the money saved when you go for the Jimny instead of the G-Wagon, imagine the things that you can do with the two-door 4x4, such as the Jimny Black Bison Edition above, made by Wald International.

The differences between the G-Wagon and the Jimny can also be found inside their hoods. The AMG G63 has a mighty 4.0-liter V8 twin-turbo engine that produces 577 horsepower and 627 pound-feet of torque. In fact, the AMG G63 is so powerful, it smoked out a Land Rover Ranger Rover SVR and an Audi SQ7 in a drag race.

There's A Handful Of Aftermarket Jimnys That Look Like A G-Wagon: 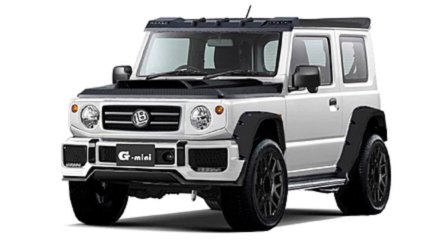 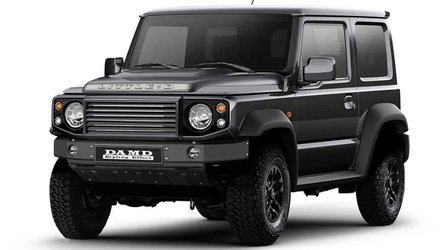 The Jimny, on the other hand, has a humble 1.5L naturally-aspirated engine with 100 hp and 102 lb-ft torque. Not quite much but remember, the Japanese mini SUV only weighs around 2,500 pounds, which is about half of the AMG G63. It's enough to make it absolutely fantastic on rugged terrain, as reported on Motor1.com’s First Drive.

However, can a Suzuki Jimny win against the AMG G63 in a tug of war? Of course, not. How about two Jimny? Three? Watch the video on top of this page to find out.