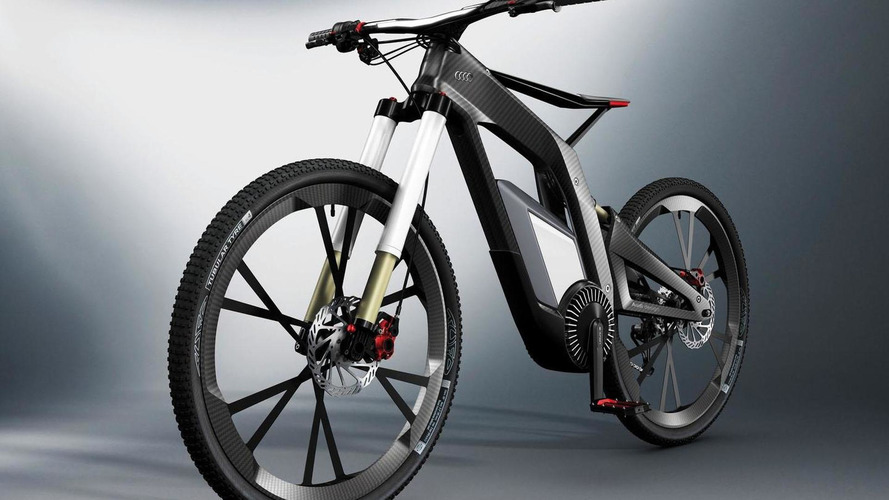 Audi has announced plans to introduce the Q3 Red Track and e-bike concepts at the 2012 Wörthersee Tour. Full coverage inside

Audi has announced plans to introduce the Q3 Red Track and e-bike concepts at the 2012 Wörthersee Tour.

First up, the Q3 Red Track is a slightly revised version of the Q3 Vail concept that originally debuted at the 2012 North American International Auto Show. As such, the concept's only distinguishing exterior feature is some new body-color paint on the lower portion of the LED daytime running lights.

Moving on to the e-bike, it is described as a high-end pedelec that combines Audi's principal competences of "design, lightweight construction, networking and electric mobility." It features a carbon fiber frame and 26-inch CFRP wheels that only weigh 600 grams (1.32 lb) each.

Unlike the other e-bikes, the Audi version has five different modes including a unique "Wheelie" function which, unsurprisingly, assists the rider in popping wheelies.