Is Ford's Removable Door Patent Linked To The New Bronco? 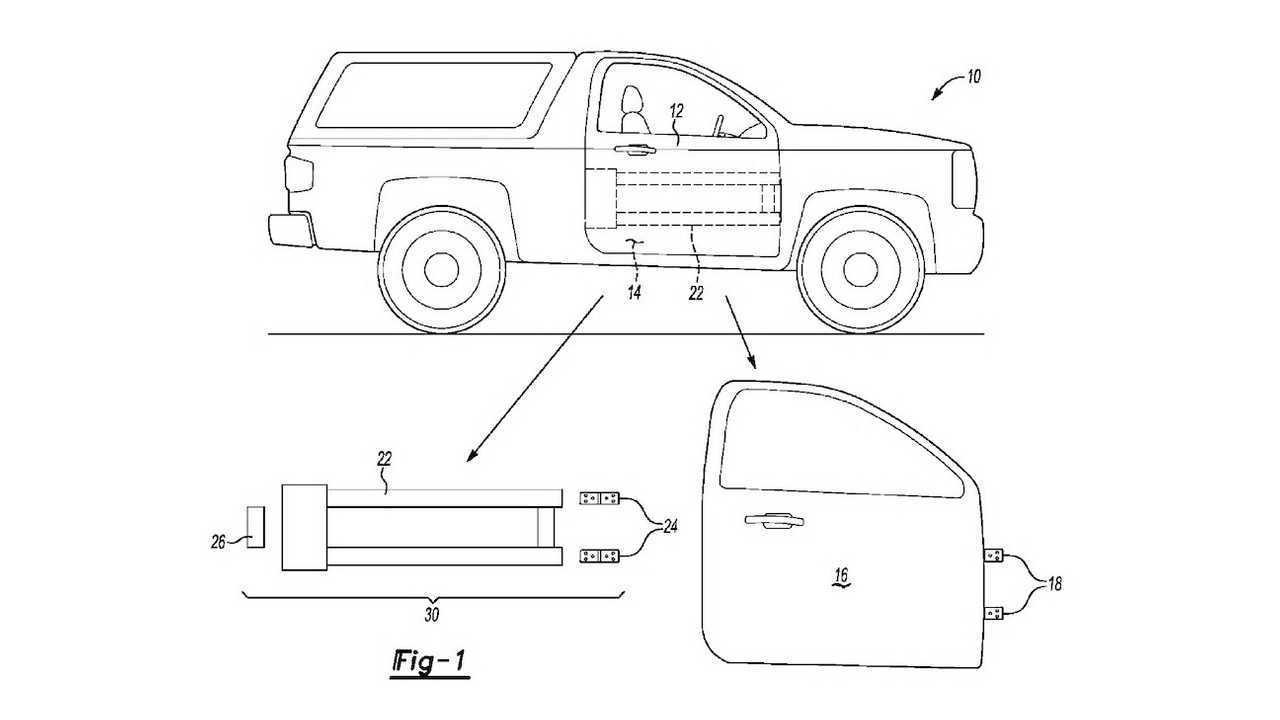 One can only hope the new Bronco will have removable doors and roof panels.

The reborn Ford Bronco is already shaping up quite nicely. Earlier this week, it was reported that the company had given dealers more information about the revived SUV including a confirmation of two- and four-door versions with “a retro design.” Now, a new patent filing by Ford suggests the model could also receive removable doors and this matches earlier speculations from different sources close to the matter.

First uncovered by MotorTrend, the patent drawings you see in the attached gallery below show a compact off-road vehicle which appears to be a two-door pickup with a bed cap rather than a rugged SUV. Still, it features removable doors with removable impact beams that can be removed and reattached to the vehicle once the doors are removed.

Simply put, this patent proposes a design where you don’t have to carry an extra set of partial side doors that replace the traditional doors and improve safety when you want extra air flowing into the cabin. The hinges seem to be modular which means you’ll be able to use them to open and close both the standard doors and the impact beam panels.

Reports from 2017 claimed the new Bronco could also receive a feature called Air Roof which is basically a removable roof, just like the classic Broncos. According to the information released more than two years ago, the feature consists of six modular roof panels that can be added and removed manually, and stored in the vehicle when not in use. If all that is true, the new Bronco will be similar in that regard to the current Jeep Wrangler.

From what we know so far, the 2020 Bronco will be based on a body-on-frame chassis with solid axles at both ends and will be powered by a turbocharged EcoBoost engine. A seven-speed manual gearbox is believed to be offered, as well as an automatic transmission option. All should be revealed early next year.