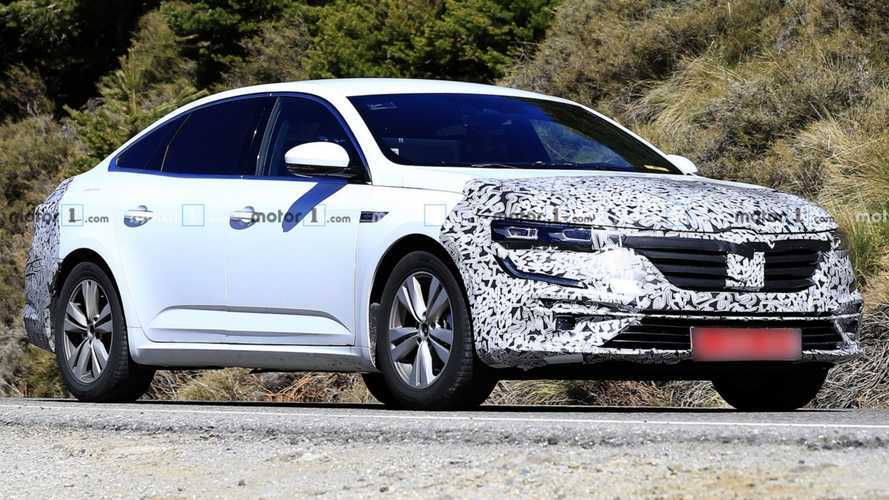 This prototype doesn't look quite different than today's model.

[UPDATE, April 8] 21 fresh spy shots have been added at the beginning of the gallery, below.

Approximately a year ago, Renault introduced a new Megane RS-sourced 1.8-liter turbocharged gasoline engine with 225 horsepower (165 kilowatts) for the Talisman. This was the last time the French family sedan was updated and a fresh batch of spy photos reveals the automaker is currently cooking up a more comprehensive package of improvements for the model.

Just like the Megane hatchback spied yesterday, this Talisman prototype has some camouflage at the front which is likely hiding a revised fascia. Those hoping to see the L-shaped LED strips in the bumper gone will be disappointed to hear they are here to stay with the facelifted model.

As far as we can tell so far, the form and design of the radiator grille will be slightly changed, while the lower part of the bumper will receive new trim panels. At the back, most likely, the taillights will receive fresh new internal graphics and the bumper might be tweaked a bit to better correspond with the front one.

If you take a closer look at some of the photos, the interior of the car also appears to be masked with some sort of camouflage. This suggests we will be seeing improvements in the cabin as well but we highly doubt that Renault will change significantly the layout of the dashboard. Instead, look for a revised center console with new decoration options and an upgraded infotainment system.

With just 19,784 deliveries in Europe last year, the Talisman is not even close to the segment leaders in the D segment on the continent. The Volkswagen Passat still dominates the class with 154,074 sales, followed by the Skoda Superb with 74,697 sales, Opel Insignia with 67,424 sales, and Ford Mondeo with 49,596 sales.

When should we expect to see the refreshed Talisman? Logic tells us Renault could show the model in Frankfurt this fall, but we put our money on a Geneva debut in March 2020.