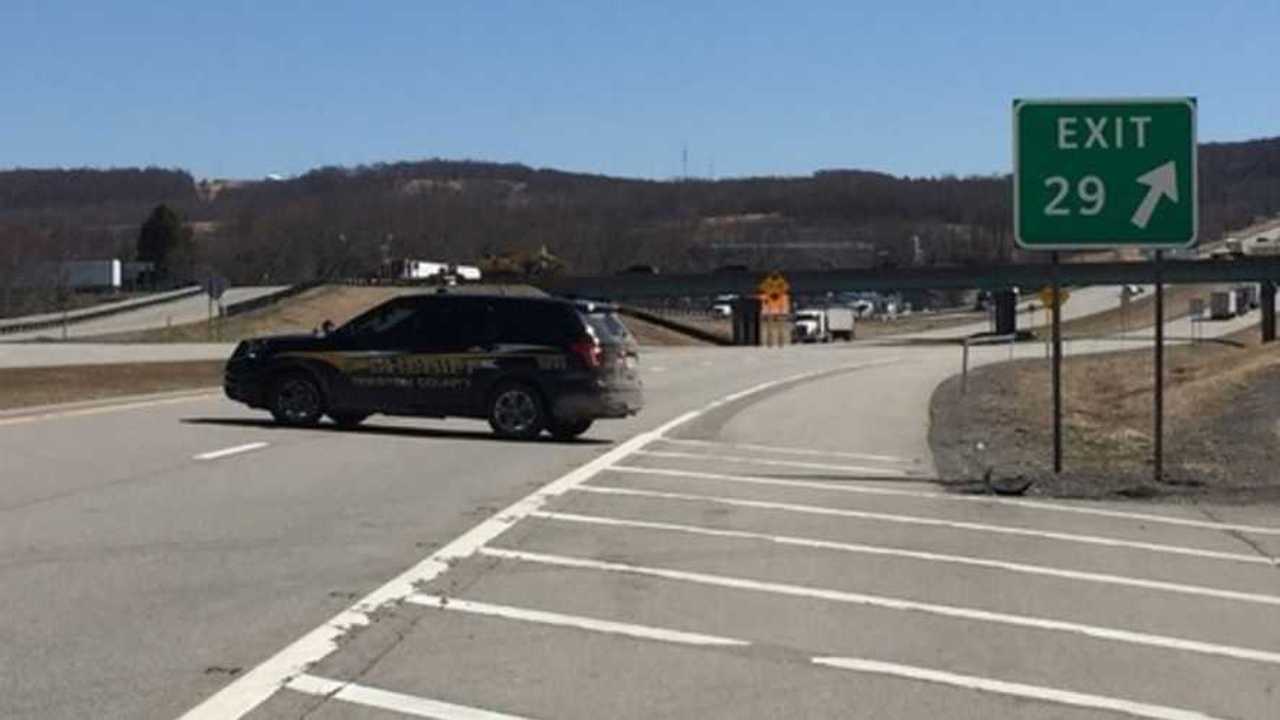 I-68 in West Virginia was shut down after a routine traffic stop took an ugly turn.

Update: Several news outlets now cite an AP report stating no explosives were found in the vehicle. Police dogs indicated explosive residue could be present but a follow-up search revealed no explosive materials. Motor1.com continues to wait for comment from both the F.B.I. and the West Virginia State Police on the situation.

Police and federal agents shut down a section of Interstate 68 in Preston County, West Virginia Wednesday morning after a 42-year-old man was pulled over and began making threats to kill President Donald Trump and blow up the Pentagon.

The suspect vehicle was stopped around 10:30 A.M. What started as a routine traffic stop quickly grew in scope and severity when the man began making the threats and was subsequently arrested. The vehicle was stopped roughly 200 miles from the White House, along the 113-mile stretch of freeway that runs through West Virginia and into Maryland.

See How The President Is Protected While Traveling:

This Is How Secret Service Transports Trump's "The Beast" To Asia
⠀

Police searched the man's car and found a gun and explosive powder. According to Captain Shallon Oglesby of the West Virginia State Police, officers are still investigating, along with the F.B.I. and the Secret Service. Apparently, the Bureau of Alcohol, Tobacco, and Firearms (ATF) were on the scene as well. No further details have been released by the police.

Local news station WBOY Channel 12 reports that the highway was reopened around 2:30 P.M. Police acted quickly to re-route displaced motorists, setting up detours with cones and patrol cars, although jams still developed. MetroNews reports that it spoke with Dominion Post reporter Ben Conley, who, by chance, was caught in the traffic jam.

"Obviously, there’s a lot of people pulling off at the [Bruceton Mills] exit up here confused – asking what’s going on, talking to one another, trying to give each other directions,” Conley said. While being stuck in traffic for several hours and getting lost looking for a detour is an awful way to spend a Tuesday morning, it could have been a whole lot worse.

Motor1.com has reached out to both the F.B.I. and the West Virginia State Police for more information.

This is a developing story. We will update if more information becomes available.