This very accurate Robocar rendition from Hot Wheels doesn't have a driver, of course! 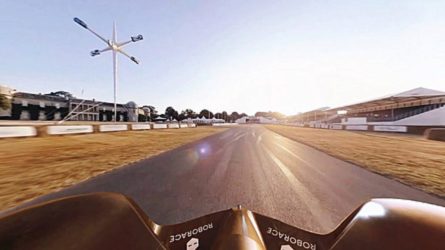 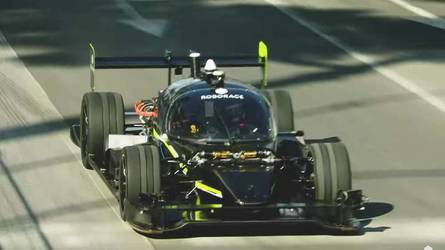 Can Roborace's Autonomous DevBot Beat Ryan Tuerck Around A Track?

With all of that being said, Hot Wheels took to Twitter to announce a new-founded partnership effort with the people over at Roborace. It resulted in an official diecast model of a prospective Roborace car. Check out the car's futuristic styling in the video above.

Truly autonomous cars may be well into the future. However, Roborace is working to implement and promote them, and Hot Wheels is now on board to support. This may prove to get our younger generation excited about the upcoming tech (as well as many of us that are still kids at heart). It's only a matter of time.

Introducing a gravity-assisted autonomous race car that can fit in the palm of your hand. Meet the official Hot Wheels Robocar, available soon wherever Hot Wheels are sold. Let the hunt begin! #readyplayerone

Robocar is the world's first fully-autonomous, all-electric race car, designed by Daniel Simon, known for his work on Hollywood films such as Tron: Legacy, Oblivion and Captain America.

Roborace is the world’s first competition for human + machine teams, using both self-driving and manually-controlled cars. Race formats will feature new forms of immersive entertainment to engage the next generation of racing fans. Through sport, innovations in machine-driven technologies will be accelerated.

Roborace will redefine the way you think about autonomous technology.