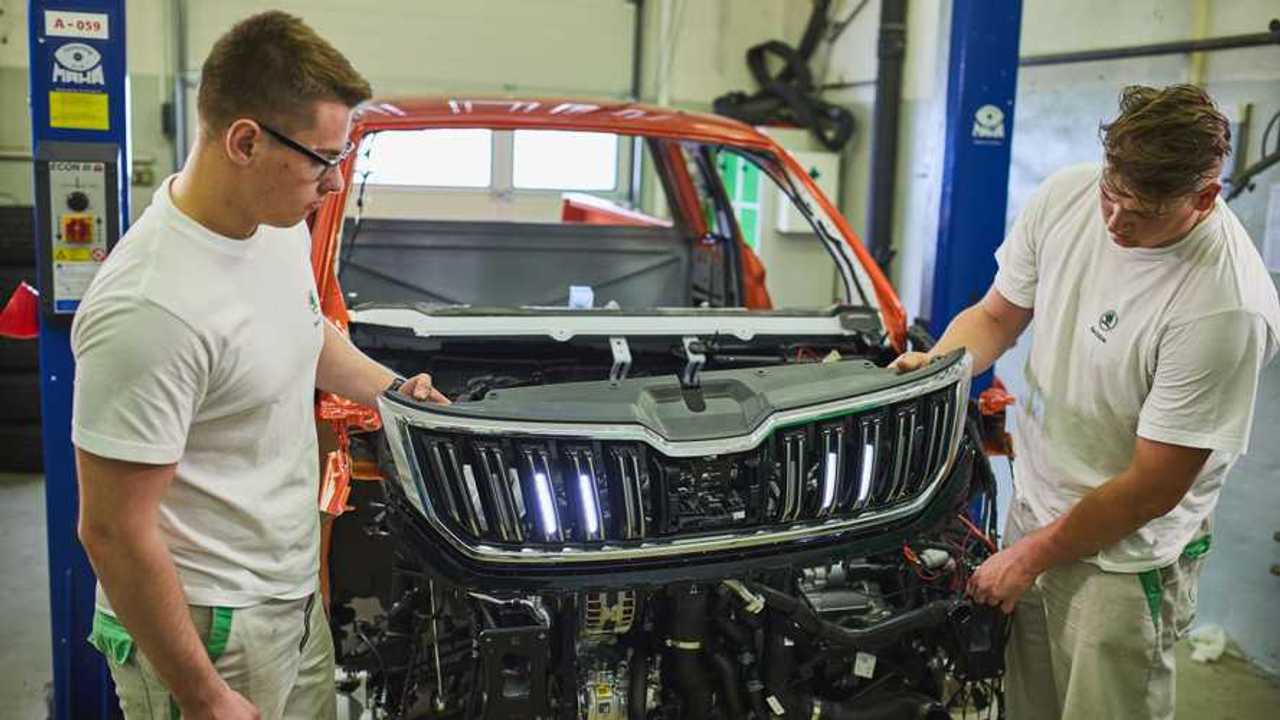 Brings back memories of the Felicia Fun.

[UPDATE, May 27] Skoda has dropped new images of its pickup truck based on the Kodiaq large SUV. The one-off will be called "Mountiaq."

The last time when Skoda had a pickup on sale was in 2001 during the final year of the gone-but-not-forgotten Felicia. Before you get your hopes up too high in regards to a new truck from Mladá Boleslav, this utilitarian Kodiaq is nothing more than a concept car envisioned by 35 students from the Skoda Vocational School for Mechanical Engineering. It’s the sixth vehicle to be developed by the talented students, and the first to be based on the large SUV.

The vibrant orange shade of the one-off project reminds us of the Felicia Fun, a lifestyle-oriented version of the pickup truck available in Western Europe towards the end of the Felicia’s life cycle. Pictured below, the quirky special edition had rear seats that slid out into the cargo bed. Skoda isn’t saying whether the new two-door Kodiaq pickup has that feature, but we’d love to see it make a comeback for this unique project.

Skoda fans know this won’t be the first pickup truck to be built by Skoda’s students as the Funstar concept from 2015 was a Fabia supermini transformed into a two-seater with a tiny bed. Other one-offs introduced in recent years included the Citigo-based CitiJet convertible, the Rapid Spaceback-based Atero Coupe, the Citigo-based Element electric buggy, and last year’s Sunroq – a convertible four-door Karoq. As with all the previous concept cars, the Kodiaq pickup truck will remain a one-time affair to show what Skoda’s students are capable of when given the freedom to experiment.

The official reveal of Skoda’s sixth student car is slated for June and the project has the full support of Skoda’s design and engineering teams.