The driver is ok. The car? Not so much.

[UPDATE] HR Owen has contacted us through a representative to clarify the unfortunate incident occurred after the supercar gathering had finished. The Huracan Performante driver was on his way home when he lost control of the Lamborghini.

High-end U.K. dealer HR Owen organized a supercar meet yesterday in the Acton area located in the western part of London and it’s safe to say things didn’t go as planned. In an attempt to show off his prized possession, the driver of a Lamborghini Huracan Performante figured it would be a good idea to accelerate on a narrow road with cars parked on the side. He didn’t crash into any of those vehicles, but he did have an unfortunate encounter with a tree and a brick wall.

The naturally aspirated V10’s power was too much to handle for the driver as he lost control of the 640-hp supercar under hard acceleration. It goes to show that even with all-wheel drive and sophisticated traction and stability control systems, it takes an experienced driver to tame a raging bull. What matters the most is that the driver got out of the speedy coupe safe and sound and there were no pedestrians nearby, so the only victims were the car and that brick wall.

It remains to be seen whether the Huracan Performance will live to see another day, but by the looks of it, the Lamborghini is in need of some serious TLC to get back into shape. According to bystanders, the driver of what used to be the fastest production car at the Nürburgring wanted to exit the scene in style by using launch control. But with the tires being cold, he went from hero to zero in a matter of seconds. Not only was his ego bruised, but he won’t be driving the supercar for a while…

It’s far from being the first crash involving a Huracan, but with this being the Performante version, fixing the car is going to be even more expensive – that is if it’ll actually be mended since it might just be declared a write-off.

These Huracans Were Too Good For This World: 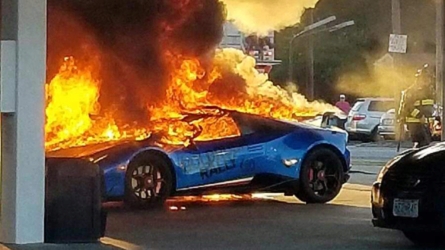 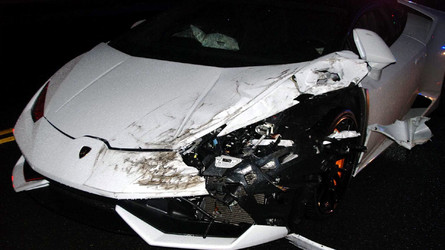 23-Year-Old Party Goer Crashes Rented Lamborghini In Police Chase
By: Adrian Padeanu
++
++
Got a tip for us? Email: tips@motor1.com