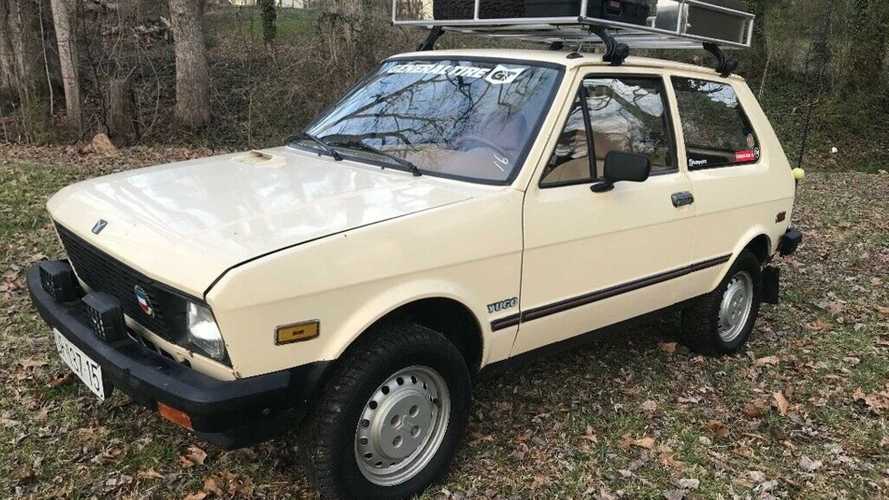 While a Yugo GV wouldn't be our first choice for an adventure vehicle, this one sure looks the part.

We've been covering a lot of campers and motorhomes lately on Motor1, but we've been seriously slacking on overland content. If we had to think of an easy way to describe overland builds, imagine how you'd modify any given car to turn it into a Subaru Outback while adding additional cargo capacity.

Typical modifications include a mild suspension lift, more aggressive tires, a roof rack, and auxiliary lights. Many are set up for camping, with additional amenities inside. Overland trucks are a pretty logical choice, while overland cars are less common, but still very capable.

Nissan Is Turning An Armada Into Mountain Patrol Overlanding SUV
⠀

We doubt you've seen an overland vehicle like this one before. In fact, it may be the first overland Yugo we, or anyone else, has ever seen. Starting with a clean body and interior, the owners, now selling the car on eBay, set to work.

Perhaps the owners were inspired by the evocatively-named Sahara Beige paint to turn their Yugo into an all-terrain runabout. Custom suspension work accomplished a 2" lift, which clears the oversized snow tires nicely. Skid plates cover all of the important mechanical bits.

A custom-built rooftoop cargo carrier not only looks the part but adds considerable storage capacity to the tiny hatchback. A large CB whip antenna completes the look and leaves the little Yugo looking more than a bit like a large-scale R/C car.

Mechanically, the Yugo is about as good as it's going to get, with a full tune-up ensuring that most, if not all, of the original factory rating of 53 horsepower remains. A high-flow exhaust was added to more effectively evacuate spent gases and maybe, just maybe, add a little horsepower to the Little Overlander That Could.

We find ourselves charmed by this unusual little off-roader, and each day that the auction runs, we find ourselves edging ever-closer to clicking the "Buy It Now" button. Somebody save us from ourselves and buy this thing already!