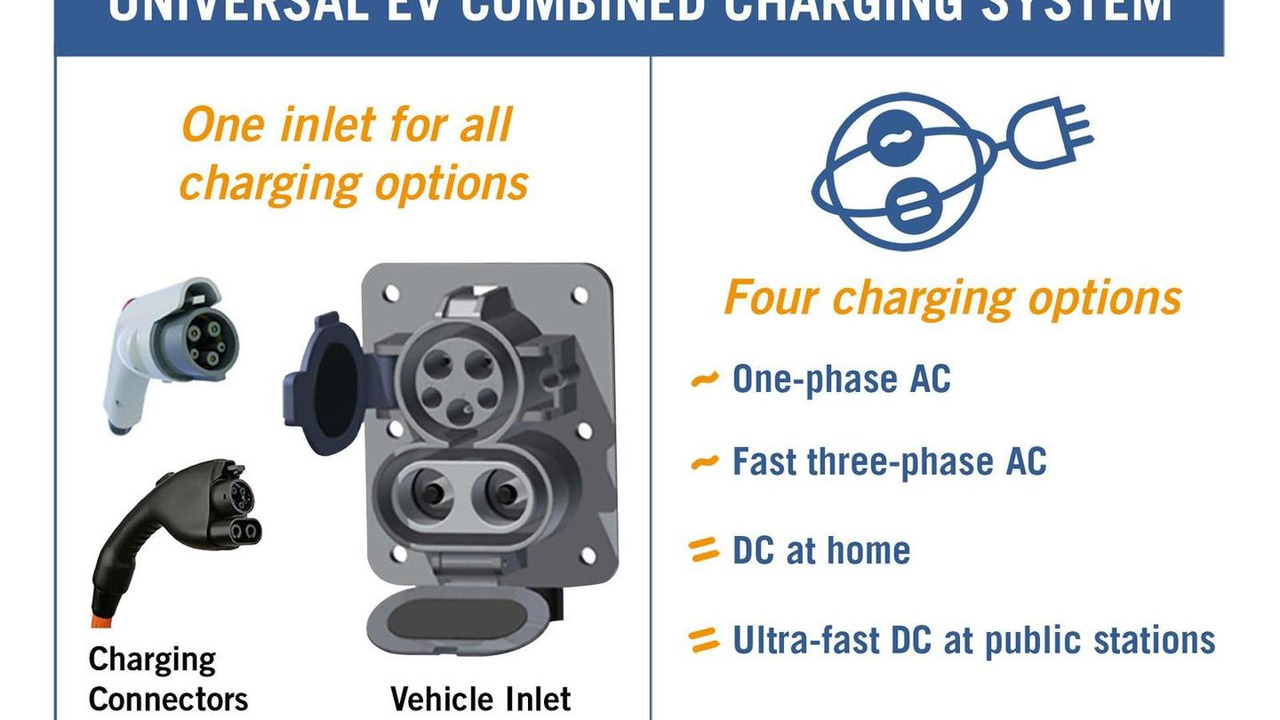 Dubbed "DC Fast Charging with a Combined Charging System," the technology offers four recharging options: one-phase AC-charging, three-phase AC-charging, DC-charging and ultra-fast DC-charging. This four-in-one approach will allow consumers to recharge their electric vehicles at a variety of charging stations. More importantly, it could enable EVs to be recharged in as little as 15-20 minutes.

The combined charging system will be demonstrated at the Electric Vehicle Symposium (EVS26) and production units are expected to be available later this year. However, the first electric vehicles with compatible recharging ports aren't expected to be introduced until 2013.