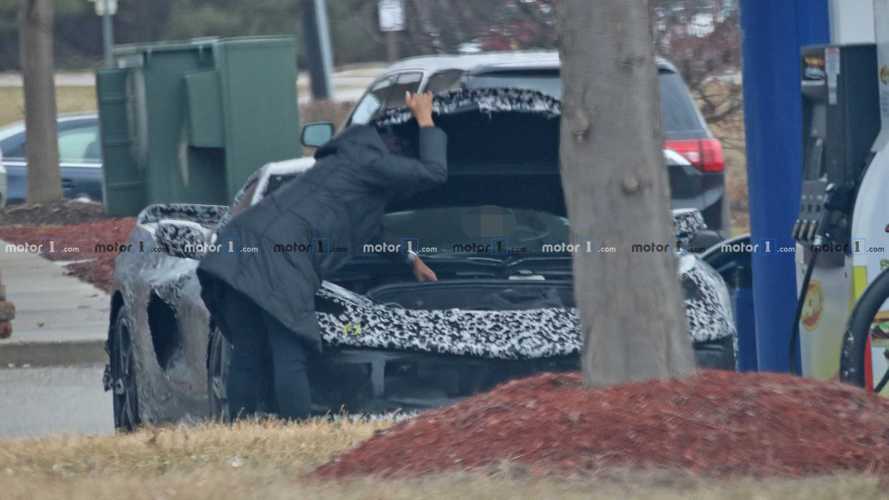 The rumored hybrid model wouldn't have as much space up front, though.

Mid-engined Chevrolet Corvette buyers who enjoy hitting the links as much as the like automotive performance should be very happy to learn that the front storage area (the frunk) of the new 'Vette can allegedly fit two golf bags, according to The Detroit News. That means both of the sports car's occupants should have no problem bringing all of their clubs along for the ride.

This handy storage space only applies to the combustion-powered mid-engined Corvette, though. The rumored hybrid version allegedly doesn't have enough room because the electric motors driving the front wheels, according to The Detroit News.

Chevy had to push back the launch of the eighth-generation Corvette over an alleged electrical issue. While engineers were able to solve the issue on the test mule, they then needed to communicate the changes to suppliers, and these companies then required time to alter the components' production process.

Recent reports also allege that high-horsepower versions of the C8 are distorting their frames during testing. One claim even suggests the twisting being severe enough to crack the hatchback's glass.

The current speculation puts the model's debut at a dedicated event this summer. One possible location for the unveiling is at the National Corvette Museum in Bowling Green, Kentucky. The first units for consumers should arrive in 2020.

The entry-level C8 'Vette would reportedly come from a naturally aspirated 6.2-liter V8 with roughly 460 horsepower (343 kilowatts). A twin-turbo V8 allegedly sits in the middle of the range, and there are still just whispers of the all-wheel-drive hybrid variant that could have upwards of 1,000 hp (745 kW).