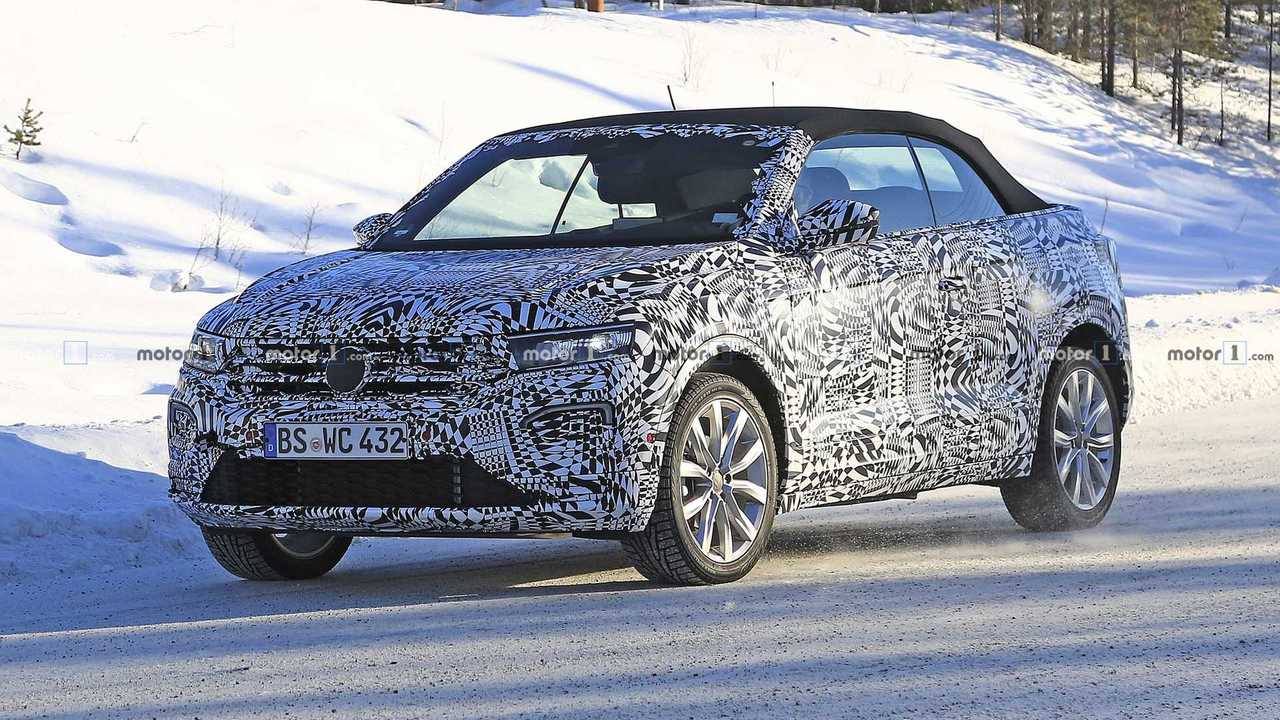 Hopefully it's warm inside the fabric-topped crossover.

High-bodied crossover convertibles aren’t a thing, but Volkswagen is hoping its topless T-Roc will change that. We haven’t seen much of this curious Cabrio out and about, but when it shows up for the camera we certainly take notice. The latest sighting comes from snowy Sweden, where the automotive oddity is deep into cold-weather testing. We suspect this particular segment of prototype evaluation will be of particular interest to engineers, because T-Roc buyers will likely be more interested in utilizing it all-year-long as opposed to most convertibles being saved for fair-weather operation.

Not much has changed since we last saw a T-Roc Cabrio back in January. In fact, this prototype wears the same number plate and it has the same large towing hitch on the back. At least this time the sun is shining, which helps us better spot body lines beneath the camo wrap. One thing that remains the same is the T-Roc’s very high beltline, which looks normal on a traditional hardtop crossover but quite bulky here. Frankly, we’re counting the days until we spot a T-Roc with the top down.

The T-Roc R recently showed off its tougher exterior shape and 300-horsepower (224-kilowatt) 2.0-liter turbocharged engine borrowed from the Golf R, along with the hot hatchback’s all-wheel-drive system and seven-speed gearbox. Sadly we don’t believe the Cabrio will benefit from such performance metrics, likely utilizing the more modest four-cylinder options up to 187 hp (140 kW) though all-wheel drive could be an option.

As strange as a convertible crossover is, this could well be the future of topless motoring. Our spy sources rightfully point out a statement from VW CEO Herbert Diess in which he predicts 40 percent of VW’s global sales will come from SUVs by 2020. That’s not to say niche convertible sports cars will disappear, but whereas larger two-door family cars once offered a top-down option, next-generation crossovers just might do the same.

We expect to see the T-Roc Cabrio revealed next year.