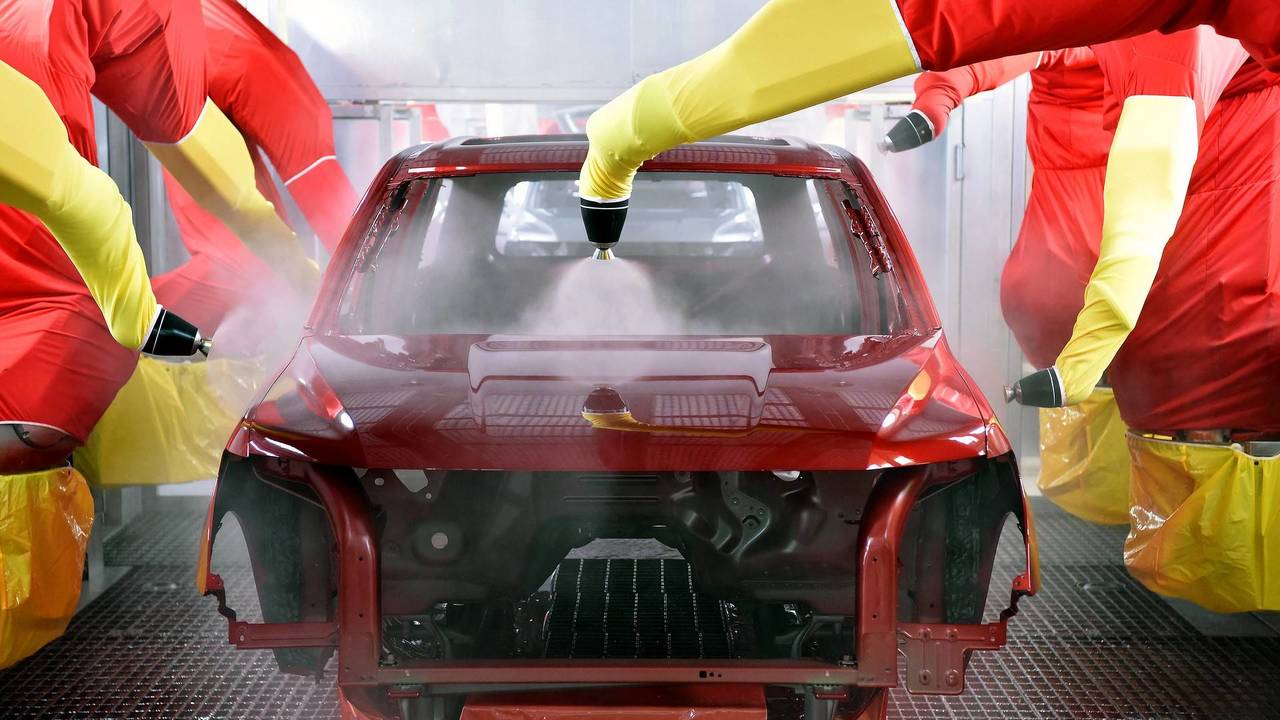 The Blue Oval is hiring 550 new employees for its Kentucky Truck Plant.

Ford is happy to announce it will boost the production of its two largest SUVs, the Ford Expedition and Lincoln Navigator, once again to meet the increased demand for the models. After increasing the manufacturing speed at its Kentucky Truck Plant by about 25 percent about a year ago, the Blue Oval will repeat the optimization this summer after a comprehensive analysis of the cycle times of each operation by a team of specialists.

“Kentucky Truck Plant is home to two of Ford and Lincoln’s most successful vehicles,” John Savona, Ford vice president for North American manufacturing, commented. “After seeing a continued increase in customer demand for Expedition and Navigator, we are boosting production for a second time to meet it.”

In order to handle the boosted production, the Kentucky Truck Plant is adding 550 new jobs and is transferring approximately that same number of jobs from Louisville Assembly Plant. This move, which will become effective after the summer shutdown in July, will result in increased production of both the Expedition and Navigator by approximately 20 percent.

Ford is reporting sales of the Expedition were up by 35 percent last year and customers spent $62,700 on average for the model. The results for the Navigator are even more impressive with sales growing by 70 percent in 2018 compared to 2017. In fact, last year was the luxury SUV’s best sales year since 2007.

The Future Of The Expedition, Navigator:

To support the growing demand for the Expedition, Ford is also launching a new ad campaign which will highlight the vehicle’s “class-leading features and capabilities, including more driver-assist technology than any vehicle in its class, best-in-class second and third-row legroom, best-in-class towing and more.” The Blue Oval will also promote the Expedition during this year’s American Country Music Awards in April.

DEARBORN, Mich., March 19, 2019 – Ford Motor Company will again boost production of its hot-selling Ford Expedition and Lincoln Navigator this summer as both vehicles continue to gain share over their competitors in the large SUV segment.

Surging demand for Expedition and Navigator is driving an increase in production of 20 percent at Ford’s Kentucky Truck Plant in Louisville. Retail sales of the Expedition eight-passenger SUV surged 35 percent and it gained 5.6 percentage points in market segment share last year. Expedition’s average transaction price increased $11,700 and is now $62,700. Navigator sales grew 70 percent in 2018 from 2017, to 17,839 sold, giving Navigator its best sales year since 2007.

“Kentucky Truck Plant is home to two of Ford and Lincoln’s most successful vehicles,” said John Savona, Ford vice president, North American manufacturing. “After seeing a continued increase in customer demand for Expedition and Navigator, we are boosting production for a second time to meet it.”

To produce even more Expeditions and Navigators, Ford has increased the line speed at Kentucky Truck Plant. The manufacturing team gathered a group of salaried and hourly workers together to analyze the cycle times of each operation and found there were jobs that could not be completed in the allotted time. So they added more workstations and split up some tasks to ensure employees can complete jobs with quality craftsmanship and in the time allotted.

The plant team also had to get creative in its use of space, adding pits and platforms so more line operators working in the same area can execute tasks while complying with varying height requirements as the vehicle moves down the assembly line.

All of this translates into a need for more people to build these popular vehicles.

So Ford is adding 550 jobs at Kentucky Truck Plant and moving approximately that same number of jobs from Louisville Assembly Plant to increase Ford Expedition and Lincoln Navigator production by 20 percent. Vehicle production will increase after the summer shutdown in July.

“We ‘out-big’ the competition where it counts – towing, interior space and technology,” said Matt VanDyke, Ford director, U.S. marketing. “Our team completely rethought every inch of Expedition, and its growing sales reaffirm we hit the sweet spot with today’s full-size SUV customers. Now, our new ‘Better Big’ marketing campaign will bring this to life for new buyers.”

While growth remains strong with Baby Boomers and Gen Xers, the latest customers include a greater number of older Millennials – a 5 percentage point increase – who now make up 14 percent of Expedition buyers.

“Expedition is winning with a whole new group of customers, first-time homeowners who are starting new families, including the oldest Millennials,” said VanDyke. “These customers crave roominess, capability and technology that make their lives easier – attributes that can only be found in the Ford Expedition.”

Leave No One Behind: A look at Expedition’s seating for eight people, including room for adults in the third row, as well as its ability to tow a two-horse trailer.

Curtain: A 30-second tribute to Expedition’s sunroof – the largest in its class.

Ford will also promote Expedition during this year’s American Country Music Awards in April. Eight specially selected fans will drive around Las Vegas in the 2019 Expedition singing ACMA-nominated songs. The show will broadcast the reaction of the artist whose song was featured.

The new ads highlight Ford’s onslaught of new vehicles in the hot-selling SUV and truck segments, including the all-new Ford Ranger on sale now and the all-new Ford Escape and Explorer coming later this year.