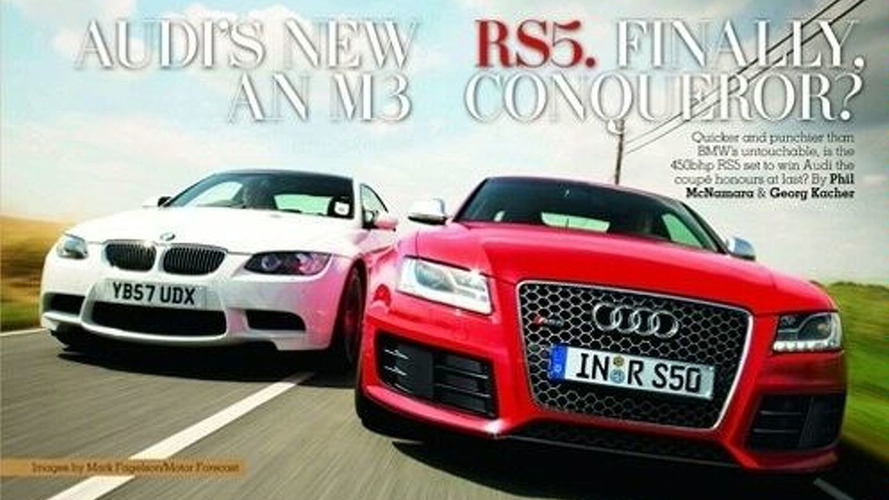 So have they done it? Has CAR UK caught the fish of the year so far by outscooping every other wheels mag on the planet and getting their sweaty hands on the Audi RS5? It would certainly seem that way, judging from their upcoming October 2008 issue (on sale this week) which features the BMW M3 pitted against an Audi RS5. Those close to the situation confirm that this is the real deal, a real example of the RS5 which is due out mid-2009. We are natural sceptics, so we'll have to read the story ourselves first, so a couple of days to go...CAR says RS5 spits out 450 bhp from a turbocharged engine, which if true could pave the way for a turbocharged 2010 RS4.

From the pics we can see honeycomb mash grille galore, an Audi RS trait, silver side mirrors, along with the LED lights so made famous by the R8 and adopted by the new A4/ A5 ranges, and R8-style air ducts with no fog lamps. What this means for us mere mortals firstly, is that we can’t wait to read that issue of CAR, and secondly that Paris 2008 is the ultimate destination for the RS5 reveal.