Ride along with a German car magazine as they test the best AMG C63 yet.

Germany's Sport Auto magazine recently had a chance to drive the newest Mercedes-Benz AMG C63 S coupe on the legendary Nürburgring Nordschleife, and they brought us all along for the ride. In this day and age, sports car manufacturers like to wave around 'ring times like they're the end-all, be-all measure of performance.

Like a lot of people, we've become a bit jaded when it comes to Nürburgring lap times as a result. With that said, this video outlines just how impressive a good time at the Green Hell is – although, in our opinion, that's just as much a result of the driver as it is the machinery.

More From The Nürburgring: 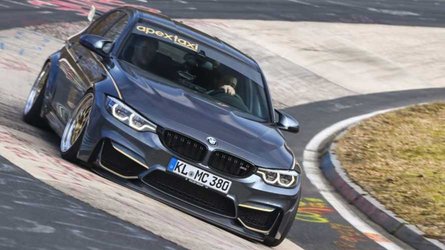 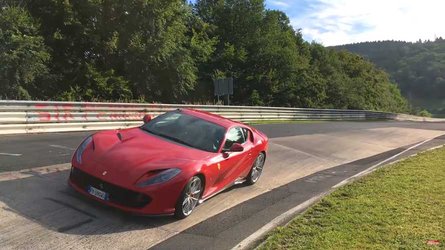 That's not to say that the new AMG C63 S from Mercedes-Benz isn't an impressive piece of work – quite the contrary. The twin-turbo 4.0 liter V8 is good for 503 horsepower and 516 lb/ft of torque, up from the already potent 469 horsepower and 479 lb/ft of torque produced by the standard AMG C63.

Last year, the AMG C63 lineup – sedan, coupe, and convertible, base and S – recieved a new and improved nine speed automatic transmission. While the driving experience of the range improved, you wouldn't be able to tell much by looking at the numbers, although the 0-60 time for the AMG C63 S coupe dropped a tenth to 3.8 seconds. That's certainly not bad for a luxury sports coupe.

We can imagine few things more taxing on a performance automatic transmission than the Nürburgring, with its rapid acceleration and deceleration, elevation changes, and wide variety of cornering conditions. From what we can see and hear in the video, the nine speed automatic performed more or less flawlessly.

If you ask us, though, the real star of the video was the driver, who laid down an impressive 7:44 lap time while wearing a spring jacket and no driving gloves. While he made it seem like a walk in the park, we doubt we could do any better. Being an auto writer living in Germany has its perks, apparently.