This ain't your grandma's Crown Vic.

The Ford Crown Victoria was a workhorse of American motoring by patrolling the streets as police cruisers and carrying countless people as taxis. Designer Karan Adivi updates this hard-working sedan for the future in this render imagining a modern Crown Vic.

Adivi came up with this design in 2016 as part of a college assignment to redesign a vehicle for 2020. He opted for a four-door coupe aesthetic because Ford didn't have an entry in the segment, and this shape was still gaining popularity from models like the Mercedes-Benz CLS-Class. Adivi recently returned to the render to create this 3D version.

Adivi clearly makes a massive departure from the previous Crown Victoria's simple, three-box shape. The lower fascia at the front protrudes outward from the front bumper, and this element creates an attractive arch at the nose. Tiny, bracket-shaped headlights adorn the tip of the hood.

The Lincoln Continental Is The Closest Version Of This In The Real World: 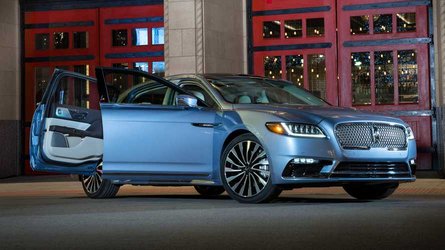 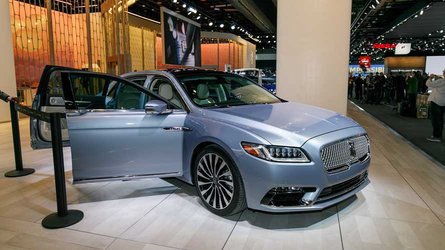 A steeply raked A-pillar and flat roof create the coupe-inspired aesthetic. The thick rear pillar and the relatively small window at the back would appear to limit rearward visibility. Modern, rear-facing cameras could minimize this problem, though.

Adivi takes inspiration from the Shelby Daytona Coupe for his Crown Victoria's tail. The lightly sculpted rear has simple LED strips for the taillights, and there's a prominent diffuser underneath, which lends a sporty aesthetic to the design.

Unfortunately, the chances of Ford building anything like this is practically nil. The Blue Oval is largely abandoning the car market, other than the Mustang, to make a big bet on crossovers. If you want a sedan from the Ford Motor Company in the future, then customers have to look at Lincoln's lineup.