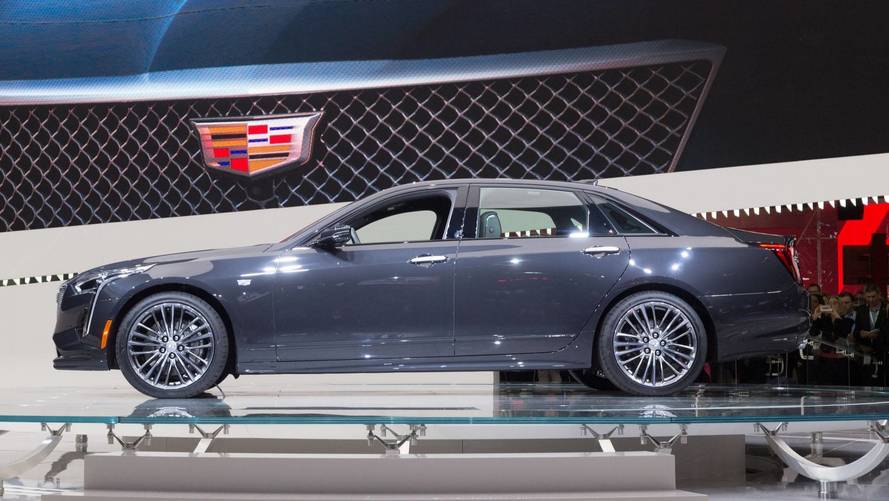 The 550-horsepower sports sedan will stick around for a bit, but its future is still uncertain.

We’re starting to sense something of a conundrum from the executive offices at Cadillac. A new report from Cars Direct reveals a significant price jump for Caddy’s hot CT6-V sports sedan, from $88,790 to $92,790. Basic math tells us that’s a $4,000 bump, and the automaker hasn’t made any changes to the list of standard equipment. That’s interesting on its own, but in case you forgot, Cadillac canceled the CT6-V and the entire CT6 line for North America. Furthermore, the extremely limited run of 275 CT6-Vs already sold out. So what gives?

Here’s a quick CT6-V review to help sort all this out. Last year the automaker announced the long-running CTS-V was getting the axe, with the CT6-V slated to take its place. Under the new sedan’s hood was a snazzy 4.2-liter twin-turbo V8 called Blackwing – a 550-horsepower (410-kilowatt) engine that Cadillac wasn’t shy about trumpeting to the automotive world. We were all excited to see this CTS-V successor in action, then in November GM dropped a bomb by announcing several vehicles were getting cut, including the relatively new CT6. That is, in the United States anyway – we were told the sedan would live on in the Chinese market.

Changes Are Happening At Cadillac:

It’s the period from that announcement to today where things get strange. First, we hear rumors that Cadillac was considering keeping the CT6 in the U.S. after all, followed by word that a detuned version of the V’s Blackwing V8 might go into the top-tier Platinum model. Most recently, GM announced that production at its Detroit-Hamtramck manufacturing plant would continue throughout 2019 – extending CT6 production for another six months.

Apparently, that also means Cadillac will build a few more CT6-Vs, though exactly how many is unknown. And since the first run sold out so quickly, the automaker apparently feels justified in adding a bit more coin to the bottom line.

Might this latest CT6 development point to the sedan living on in the States? At the very least it seems like GM is reconsidering stepping away from nearly all sedans in the U.S. as Ford is doing. For what it’s worth, we hope the CT6 and the sweet CT6-V stick around.