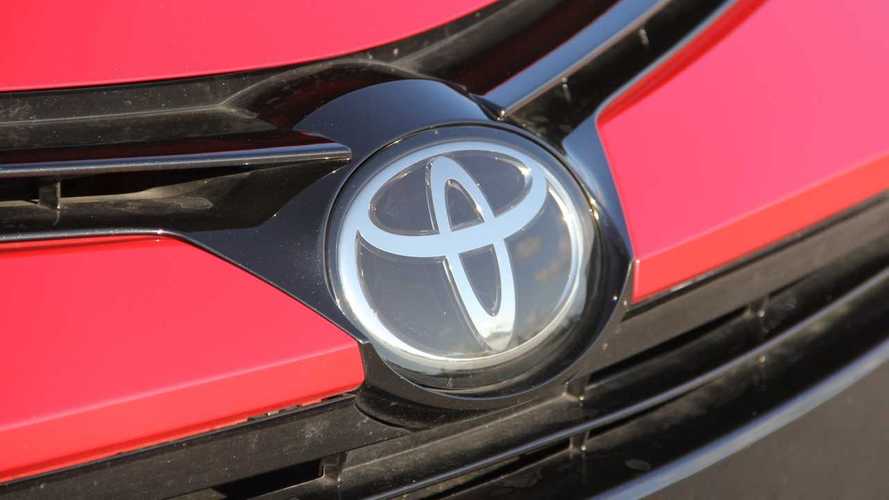 Some of the money will bring production of the Lexus ES Hybrid and Toyota RAV4 Hybrid to Kentucky factory.

Toyota will invest an additional $749 million into its American factories in the coming years. In addition to improving the plants, the expansion will add 586 new jobs. Toyota originally planned to invest $10 billion in sites in the United States in the five-year period starting in 2017, but the automaker was actually able to put nearly $13 billion into the plants in that time.

The Latest Scoop On Toyota's Future:

At $288 million, the biggest part of this new investment goes to Toyota's engine factory in Alabama. The expansion will allow the factory to produce 900,000 powerplants a year by the end of 2021, versus the current 670,000. The site will be building four-cylinder and V6 mills.

Toyota will also put $238 million into its plant in Kentucky. The money will allow the company to shift production of the Lexus ES Hybrid there in May 2019 with an annual capacity of 12,000 vehicles. In addition, Toyota will now be able to build the RAV4 Hybrid at the site, and assembly will start in January 2020 with a capacity of 1000,000 units per year.

Toyota Motor Manufacturing in West Virginia will have $111 million to double the capacity of building hybrid transaxles to 240,000 units, instead of 120,000 of them currently.

Toyota's Bodine Aluminum plant in Missouri gets $62 million to make 864,000 more cylinder heads per year. The site can already build over 3 million of them annually.

Finally, the automaker's factory in Tennessee will get $50 million to double the capacity of building hybrid transaxle cases and housings to 240,000 pieces per year. Production of engine blocks will increase by 288,000 units annually, too.


By 2021, Toyota will now invest nearly $13 Billion in its U.S. operations with plans to add nearly 600 new jobs at American manufacturing plants
Hybrid versions of the popular RAV4 and Lexus ES to be produced in Kentucky for the first time
Production capacity increases and building expansions at Toyota's unit plants in Huntsville, Alabama, Buffalo, West Virginia, Troy, Missouri and Jackson, Tennessee
Washington, DC (March 14, 2019)―For over 60 years Toyota has been growing its manufacturing presence in the United States, and today the company announced it will exceed its 2017 pledge to invest $10 billion over five years with a new commitment to reach nearly $13 billion over the same period.

Part of that commitment is seen today with an investment announcement of nearly $750 million in five different states, with more to come. The new investments include adding the Toyota RAV4 Hybrid, the best-selling SUV in the U.S., and Lexus ES 300 Hybrid vehicle production at its Georgetown, Ky. manufacturing plant; expanding engine capacity at its Huntsville, Ala. facility; doubling hybrid transaxle capacity at its plant in Buffalo, W.Va.; and a building expansion for additional castings at Bodine Aluminum's Jackson, Tenn. facility as well as additional castings at its Troy, Mo. facility.

"These latest investments represent even more examples of our long-term commitment to build where we sell," said Jim Lentz, chief executive officer for Toyota Motor North America. "By boosting our U.S. manufacturing footprint, we can better serve our customers and dealers and position our manufacturing plants for future success with more domestic capacity."
A state by state look at the new investments totaling $749 million and 586 new jobs
Alabama
Toyota Motor Manufacturing, Ala. (TMMAL) - $288,000,000

In Alabama, Toyota's investment will increase annual engine capacity from 670,000 to 900,000 by the end of 2021 to increase product flexibility and better accommodate market demand. New 4-cylinder and V6 engine lines will add 450 new jobs to its Huntsville, Ala., facility, the largest hiring need in the plant's history. The investment also includes a building expansion. Overall, the plant represents an investment of $1.2 billion.

Investments in Toyota's Bodine Aluminum plant in Missouri will provide equipment to produce an additional 864,000 cylinder heads for Toyota's New Global Architecture (TNGA.) Bodine's 900 Missouri team members currently produce more than 3 million cylinder heads a year, which are made for every Toyota and Lexus manufactured in North America. Overall, the plant represents an investment of $455 million.

The Tennessee investment includes a building expansion and equipment to double the capacity of hybrid transaxle cases and housings to 240,000 annually. The investment will also provide equipment to produce an additional 288,000 engine blocks a year for TNGA. The plant's 300 team members currently produce 1.7 million engine blocks a year, which supply every Toyota and Lexus manufactured in North America, and 580,000 transmission cases and housings. Bodine will add 13 new jobs to its facility in Tennessee. Overall, the plant represents an investment of $365 million.

The West Virginia investment includes a building expansion and equipment to double capacity of hybrid transaxles from 120,000 units (Start of Production-2020) to 240,000 units annually in 2021. To meet the production demands, TMMWV will add 123 new jobs to its facility in Buffalo, WV. Overall, the plant represents a $1.4 billion investment.

Ongoing Additional Investment
Today's news builds upon Toyota's already expansive presence in the U.S. which includes ten manufacturing facilities. This past year, Toyota announced a joint venture with Mazda to build an additional plant in the U.S. The $1.6 billion joint investment will create up to 4,000 new jobs in Huntsville, Ala. with production slated for 2021. Meanwhile, Toyota's Princeton, Ind., plant is undergoing a $600 million transformation (previously announced) to incorporate TNGA and increase Highlander capacity by 40,000 units annually. With this, Toyota is adding 400+ people to its team in Indiana. In Blue Springs, Miss., Toyota is launching the all-new 2020 Corolla on the TNGA line that included a $170 million investment and an increase of 400 jobs (previously announced.) Currently, Toyota employs more than 37,000 Americans.