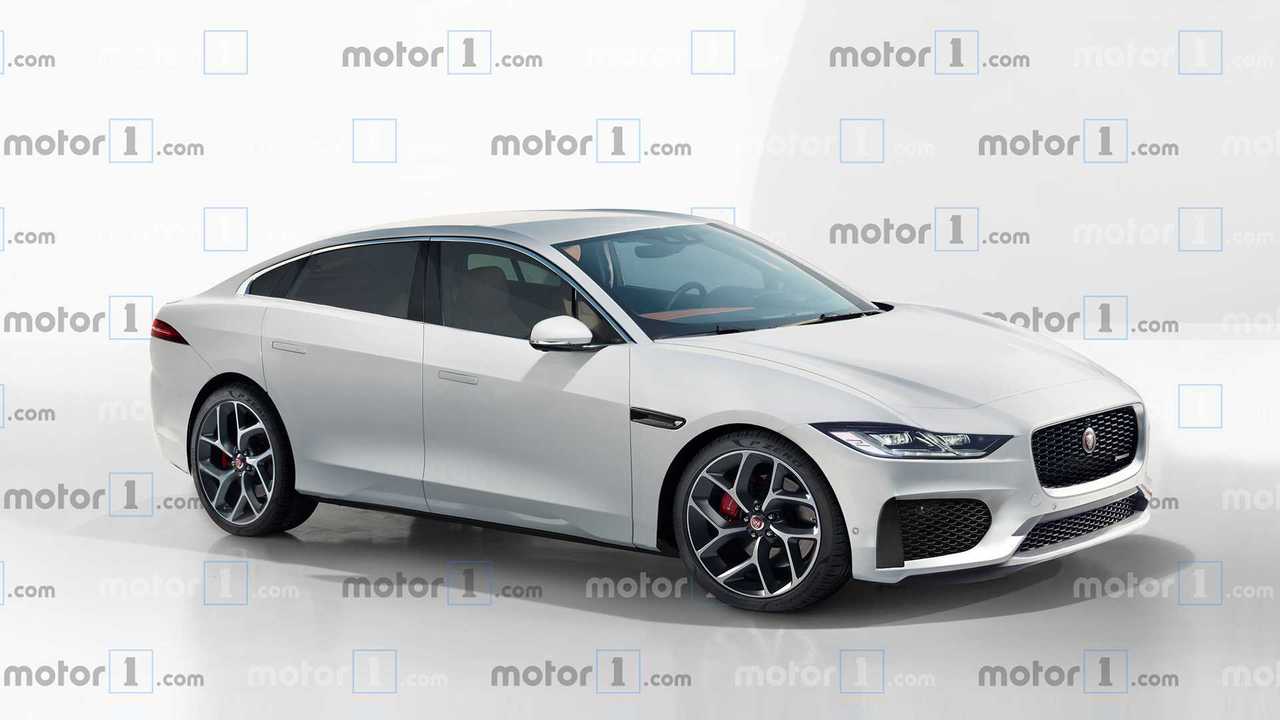 Fact: The current-generation Jaguar XJ has been around for literally a decade. That makes it the oldest fullsize luxury sedan on sale today, so it goes without saying it’s in dire need of a replacement to keep up with the Germans and the Lexus LS. Tata Motors-owned Jaguar Land Rover celebrated the XJ’s 50th anniversary last year when it announced on multiple occasions plans for an all-new car.

For this Friday’s render, our artist decided to take a stab at envisioning the revamped XJ using as foundation the latest design language seen on models such as the I-Pace and more recently on the XE facelift. Much like today’s XJ isn’t your typical three-box sedan thanks to its swoopy shape, Jaguar has promised to make the new one a bit special while addressing the issues that have negatively affected the current car.

Will it look like this? It’s too early to say, but we certainly wouldn’t mind seeing the tenth-generation XJ with a similar appearance and a high-tech interior inherited from recent JLR products. Of course, a bit more pizzazz wouldn’t hurt since the XJ is basically JLR’s crown jewel, even though sales right now are not exactly impressive.

The XJ hasn’t been in the news in recent months, but we would like to bring to your attention a statement made by company’s design boss Ian Callum while speaking at last year’s Geneva Motor Show. He said the next installment of the flagship model will grow in size to provide a roomier cabin and thus fix the problem with today’s relatively cramped XJ.

He made sure to call the XJ a “driver’s car”, one that will focus primarily on sportiness rather than emphasizing on luxury. For this reason, Callum said the next-gen car won’t necessarily compete directly with the Mercedes S-Class, even though the two cars are fighting in the same segment. When it comes to styling, Callum said back in October 2018 there would be some major changes to “to signify the message of a sports car.”

The XJ Has A Rich History Behind:

A switch to an electric setup is rumored, with the car riding on a new MLA platform accommodating four electric motors, a floor-mounted battery, and an all-wheel-drive layout. Apparently, each electric motor will be good for up to 200 horsepower (so a combined 800 hp in theory), while the battery is going to have a generous capacity of 100 kWh. All this info is sourced from a report published by CAR Magazine earlier this month, which goes on to mention the XJ will be available exclusively as an EV.

Although it’s unclear when the new XJ will be revealed, Jaguar has said its next debut will be the all-new large sedan. A best-case scenario would be before the end of the year, with sales to commence in 2020. However, we haven’t seen any spy shots with camouflaged prototypes undergoing testing, so we might have to wait longer.