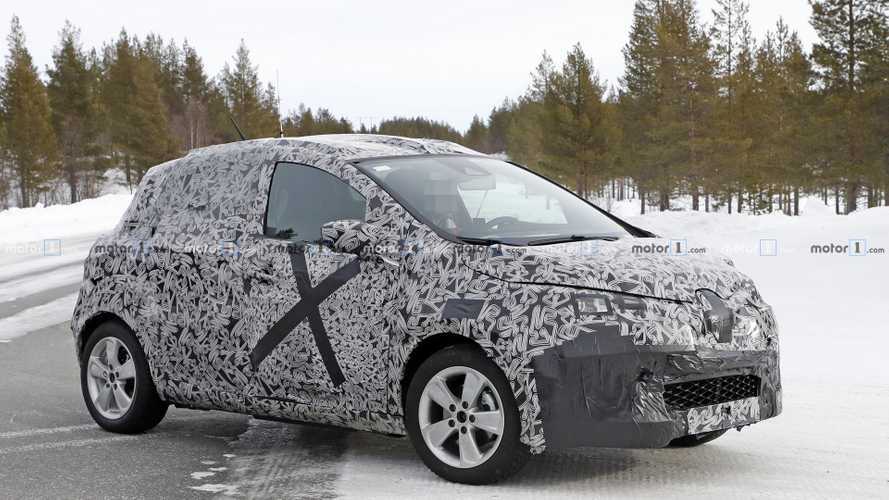 Should be significantly more powerful though.

After taking a look at Motor1.com’s homepage this morning, one could assume the death of the internal combustion engine is right around the corner. That’s not entirely true but it’s more than obvious that nearly every automaker is embracing electrification under full power these days. And the latest to show progress is Renault which is now testing the second-generation Zoe on public roads.

Seen here is a heavily masked prototype of the all-electric car undergoing cold winter evaluations in Northern Europe. Interestingly, the shape of the trial car is almost completely identical to the Zoe that’s still on sale today. The camouflage is not letting us see many details of the body, but it appears that the EV will be slightly larger than its predecessor.

The resemblance to the current Zoe is especially striking at the back where even the light clusters seem to have an identical shape. Up front, we notice a larger Renault logo flanked by sleeker headlights probably using LED technology. Of course, at this early stage of testing, some of our assumptions might not be completely correct.

Initial details about the powertrain of the new Zoe suggest it will receive a 50-kWh battery pack providing a range of roughly 249 miles (400 kilometers) between two charges measured by the new WLTP cycle. A significant improvement on charging capabilities should come courtesy of a new 100-kW CCS2 fast charging technology.

No power and performance figures are known at the moment but we expect the peak output to be somewhere in the region of 150 hp (112 kW), up by more than 40 hp (30 kW) from today’s figures. In terms of safety, the Zoe is likely getting an array of assist systems that should help it retain its five-star rating from Euro NCAP and receive a Level 2 of autonomy label.

Word on the street is the new Zoe will be revealed before the year’s end with sales to kick off early next year.