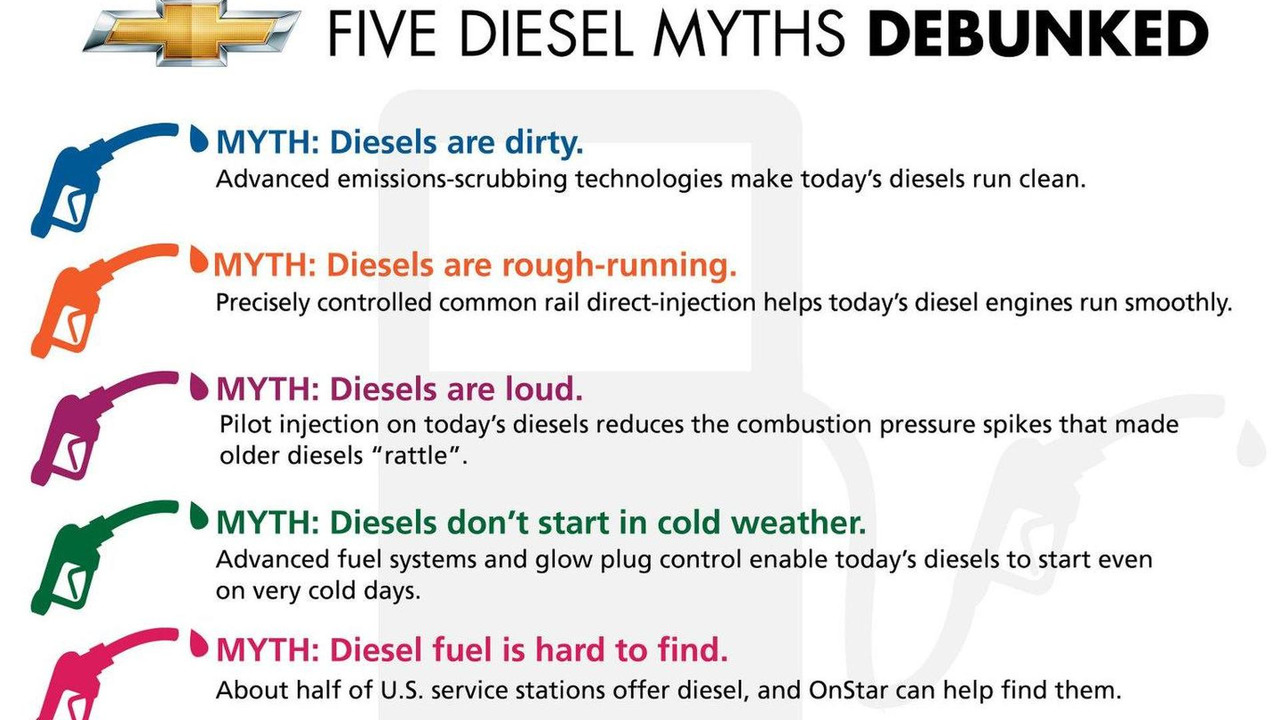 In recognizing a lack of awareness by Americans about diesel fuel, GM has released an infographic to set the record straight.

In recognizing a lack of awareness by Americans about diesel fuel, GM has released an infographic to set the record straight. And it's about time as GM plans to introduce its 2.0-liter clean turbo diesel version of the Chevrolet Cruze next year in the U.S.

To put into perspective how important this is for GM let's look at a few U.S. market statistics:

Outside of the U.S. General Motors sold more than half a million diesel-powered cars across Europe, Asia, Africa and South America, which includes 33,000 Cruzes. The Chevrolet Cruze is also one of the top-selling gasoline-powered cars in the U.S. in 2011 and General Motors' best-selling model globally.

So expect more pro-diesel PR to come from the General as Chevrolet establishes itself as the only domestic automaker to offer a diesel-powered compact car.

As for the foreign automakers such as Volkswagen with well established diesel model ranges, we're sure they're happy about GM's efforts as well.