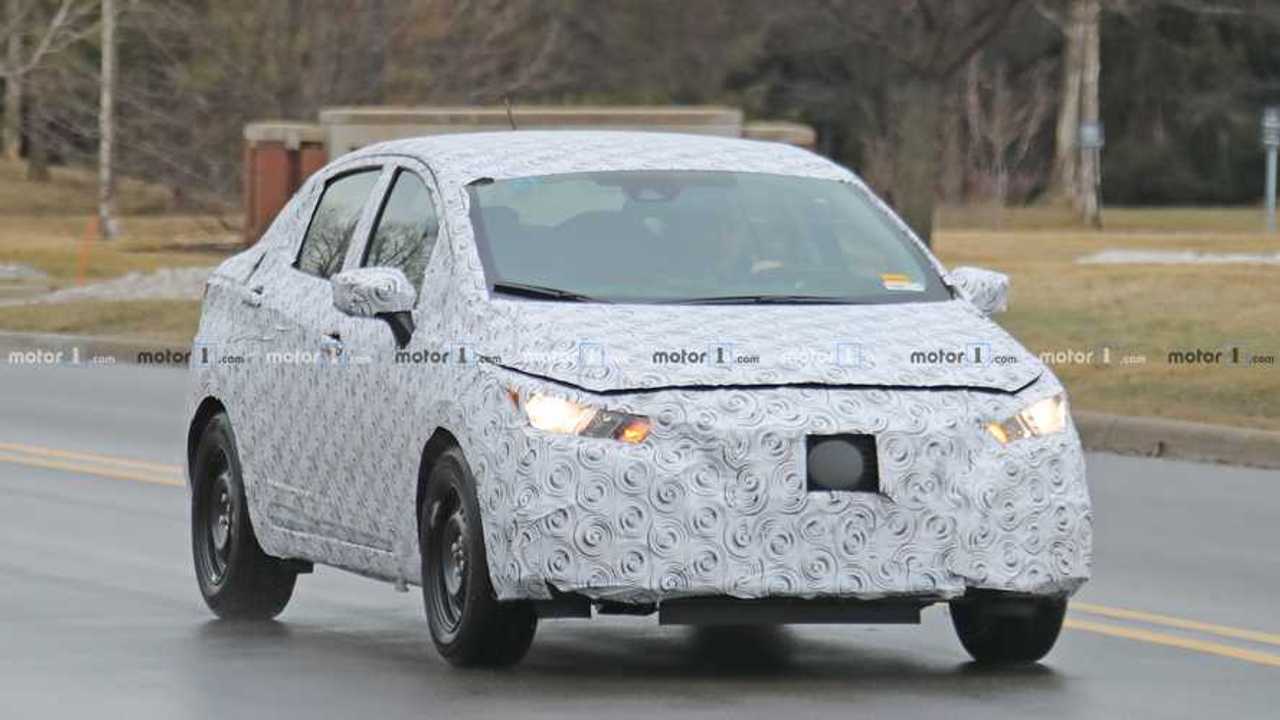 Expect the compact sedan to resemble the refreshed Altima.

We see lots of camouflaged prototype vehicles out and about every week. Automakers would love to keep these cars from the prying lenses of spy photographers, or rather, that’s what they’d like you to think. The truth is, a weird-looking car with strange coverings all over it is a freaking attention magnet, and as long as details don’t slip through the cracks, manufacturers are happy to parade prototypes in public. The free publicity and anticipation for new models can be a key part of the marketing plan.

If an automaker really wants to keep a secret, however, it can. Consider this heavily camouflaged sedan, which our spy team in southeast Michigan identifies as the next-generation Nissan Versa. It’s our first look at the new model, but we suspect Nissan has been working on this for some time now. The current Versa dates clear back to 2011, with a minor refresh occurring in 2015 so a new model is definitely overdue.

This test vehicle hides its identity well, but a close look at the back suggests the Altima-inspired taillights are production ready. Similarly, the clever cladding up front can’t completely hide the drooping shape of the grille and thinner headlights that also borrow cues from the new Altima. The overall profile resembles the current Versa, though it looks like the side-view mirrors will get new mounting points on the doors.

Could The Versa Become A Baby Altima?

One of the photos even managed to catch a fleeting glimpse of the inside where we can see a restyled dash and an infotainment screen mounted low in the center stack. Again, we see similarities to the Altima’s recent update, especially with regards to the visible screen. The powertrain underneath it all remains a mystery at this point, though a carryover of the current four-cylinder engine with either a CVT or manual gearbox is likely.

Compared to the often lengthy public prototype testing phase seen with other automakers, Nissan has a track record for actually keeping its secret cars, well, secret. We had only a couple encounters with the refreshed Altima before it debuted last year, and with the current Versa’s age combined with production-ready components on the prototype, a reveal for this new compact sedan could be just around the corner as a 2020 model.