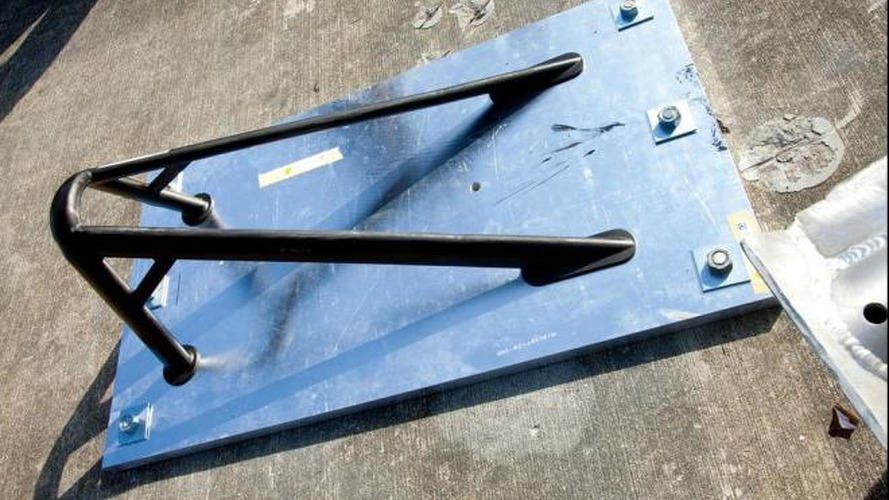 F1's governing body is looking into mandating 'forward roll-hoops' to boost driver safety. The innovation would be to prevent the kind of incidents that, in 2009, seriously injured Felipe Massa, and...

The innovation would be to prevent the kind of incidents that, in 2009, seriously injured Felipe Massa, and killed the young F2 racer Henry Sutees.

The FIA tested the roll-hoop at an airfield in Suffolk, England; firing a formula one wheel at 225kph at a F1 helmet that sat behind the titanium roll-hoop, which was designed and supplied by the Lotus team.

F1's governing body has previously tested jet fighter-style canopies and windshields, and now the forward roll-hoop, theoretically to be fitted on the front edge of the cockpit opening.

"It was able to keep a wheel away from a driver's head."

One potential problem, however, is the impact of the roll-hoop on driver visibility, with a report at F1's official website admitting the structure "might dangerously impede sightlines".

Another problem is that a forward mounted roll-hoop would not be pretty.

"But a radical aesthetic change," read the media report, "would be a price well worth paying to save drivers' lives and achieve a game-changing safety breakthrough."

Mellor insisted: "We're not at all looking at final solutions as such. The work is absolutely exploratory and we are beginning to understand the mechanisms in order to protect a driver's head in this kind of impact."

The results of the tests will be put before F1's techncial directors.