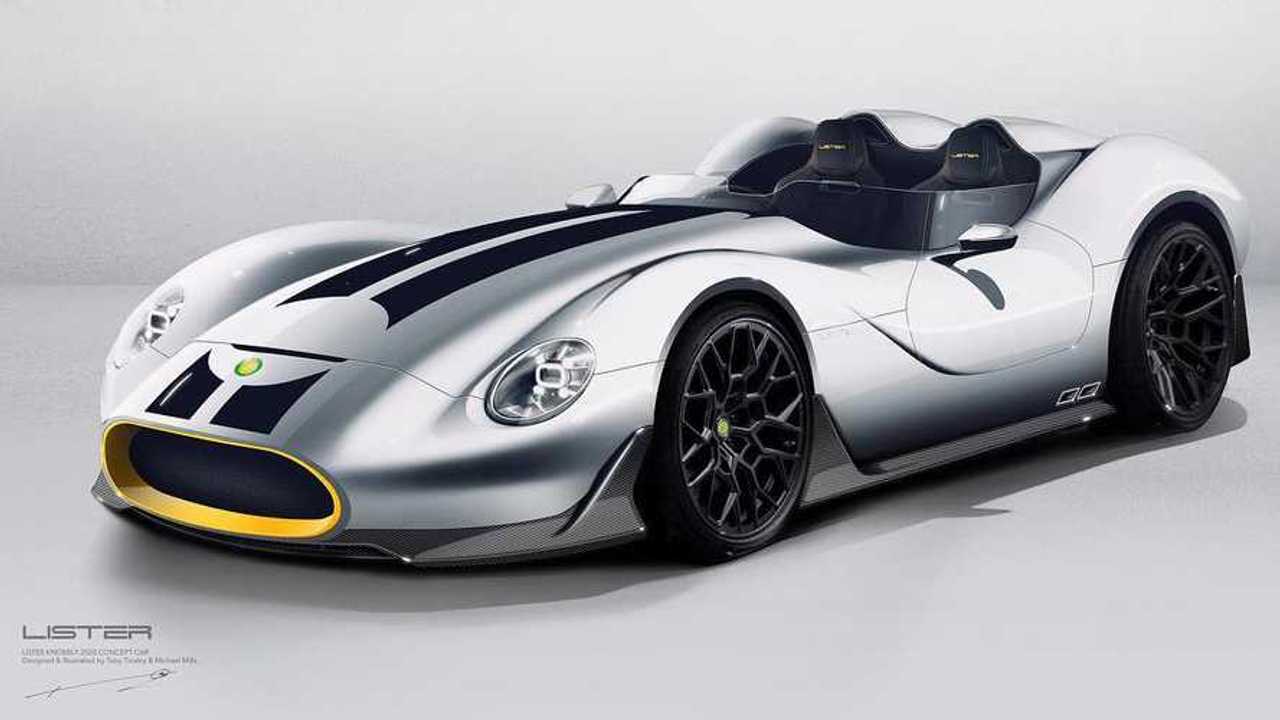 What's under the hood? We will have to wait to find out.

Lister is about to resurrect a legend. The Kobbly moniker will return as a futuristic speedster with retro design cues inspired by the original race car. The Cambridge-based automaker has just released another teaser image of the supercar through its Facebook page. The best part is the new Knobbly won’t be just a concept as Lister is actually going to put it into production. And that’s now confirmed by the company.

Although we are not given more information about the production run and powertrain of the vehicle, this time we can take a look at the design of the front end. It’s clearly inspired by the original Knobbly and features a distinctive oval radiator grille and round headlights. You can’t miss the carbon lip for the front bumper, which corresponds nicely with the carbon side skirts.

Just like its predecessor from the 50s of the last century, the new Knobbly retains an open-top, two-seat layout but the overall shapes, naturally, are dramatically more aggressive. The car sits quite low to the ground and has massive multi-spoke alloy wheels. We are eager to see the design of the rear and we guess another teaser image will shine more light on that matter soon.

As far as the engine is concerned, the long hood suggests Lister could go for a V12 unit but we will put our money on a 5.0-liter V8 sourced from Jaguar. The same unit is used by the Lister LFP, the amped-up version of Jaguar F-Pace for which the automaker claims is the fastest tuned SUV in the world. In the high-riding model, the V8 generates 670 horsepower (499 kilowatts) so a similar output could be expected for the revived Knobbly.