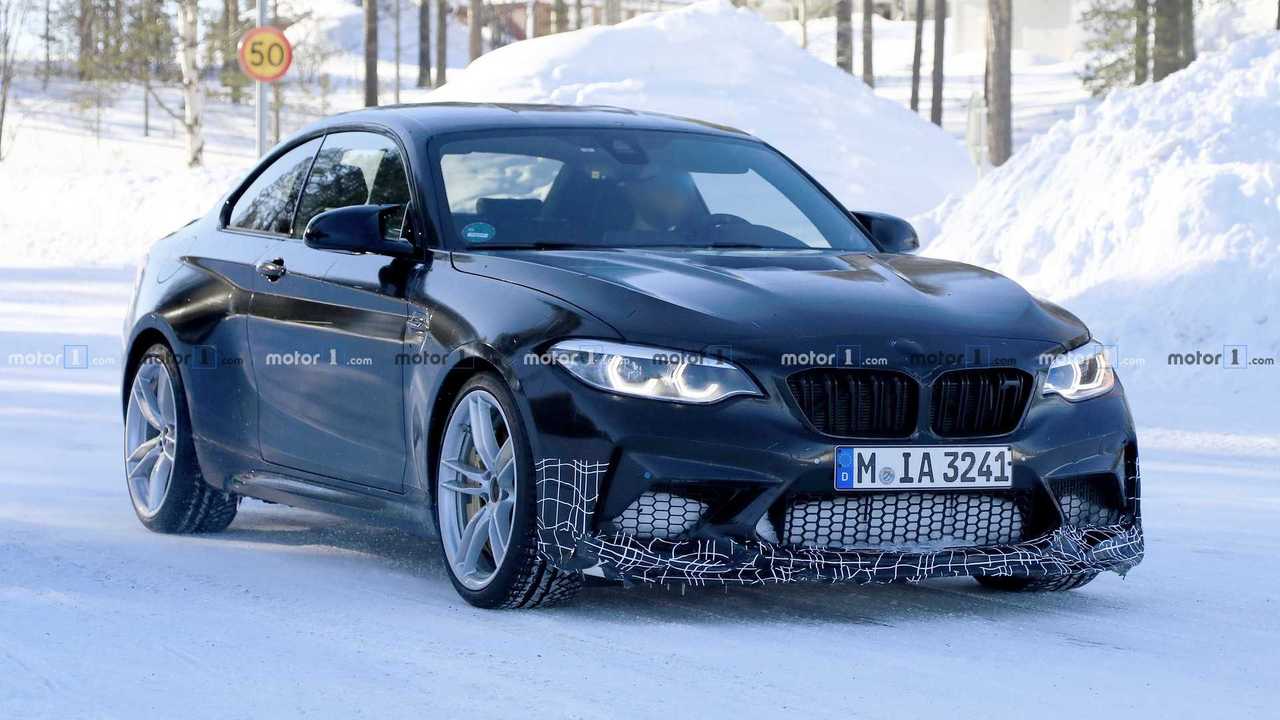 There's a whole lot of snow behind the front fascia.

A new batch of spy shots provides a very close look at the BMW M2 CS while the more hardcore coupe is fueling up. This driver might be doing side work plowing snow in the car given how much powder is caked behind the front fascia inlets.

BMW's engineers keep this M2 CS test mule under fairly light camouflage because the only concealed sections are the front splitter and trunk lips spoiler. It doesn't leave much to the imagination. The revised parts also match up with the components in previous spy shots, indicating the company is fairly serious about incorporating these pieces into the production version.

A recent leak suggests the M2 CS gives power-hungry buyers a 445-horsepower (332-kilowatt) twin-turbo inline-six engine. Customers could pick whether the output channels through a manual or dual-clutch automatic gearbox. A carbon fiber roof would be standard to reduce weight and the overall center of gravity. Plus, carbon-ceramic brake discs would be an option for buyers who intend to do some serious track work.

Aesthetically, the M2 CS is reportedly only available in four colors:  Black Sapphire, Alpine White, Hockenheim Silver, and Misano Blue. The only interior choice for an interior shade is black.

Current info indicates that the M2 CS could begin production in March 2020. This date points to a public debut sometime in the latter half of 2019.

If someone only ever intends to take the M2 CS to the track, BMW reportedly plans to launch a circuit-only Track Cup variant. It would likely weigh less, offer teams more chassis adjustments, and come with an extra boost in power to around 470 hp (351 kW). The model would likely debut after the road-legal version.