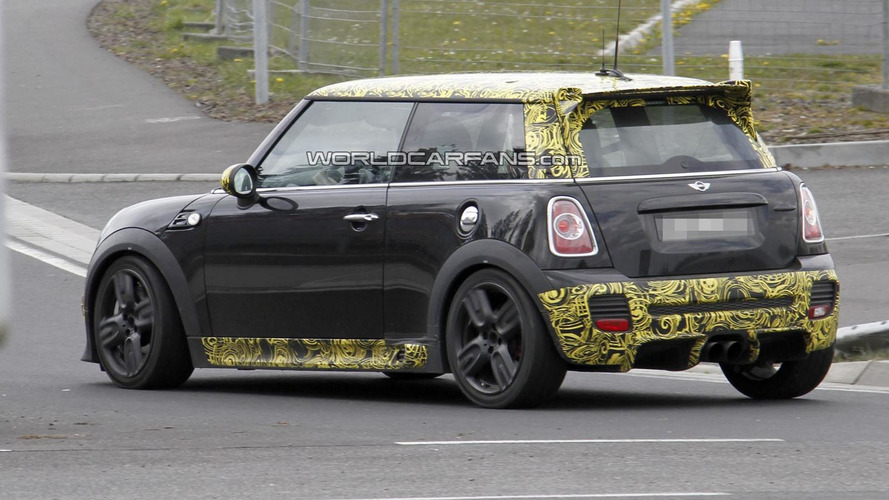 Our spies have snapped the first pictures of the MINI Cooper JCW GP II. It features an aerodynamic body kit with new bumpers, a tailgate-mounted spoiler and a prominent rear diffuser.

MINI recently announced plans to introduce the John Cooper Works GP II at the MINI United Festival and our spies have just snapped the first pictures of the upcoming model.

Caught undergoing testing near the Nürburgring, the prototype has an aerodynamic body kit with new bumpers, a tailgate-mounted spoiler and a prominent rear diffuser. The model could also be equipped with a carbon fiber roof and carbon fiber mirror casings.

Engine specifications remain a mystery, but previous reports have suggested the car will use a turbocharged 1.6-liter four-cylinder with approximately 220 hp (164 kW / 223 PS).

Regardless of the final details, the production model will be unveiled in May at the Paul Ricard Circuit.