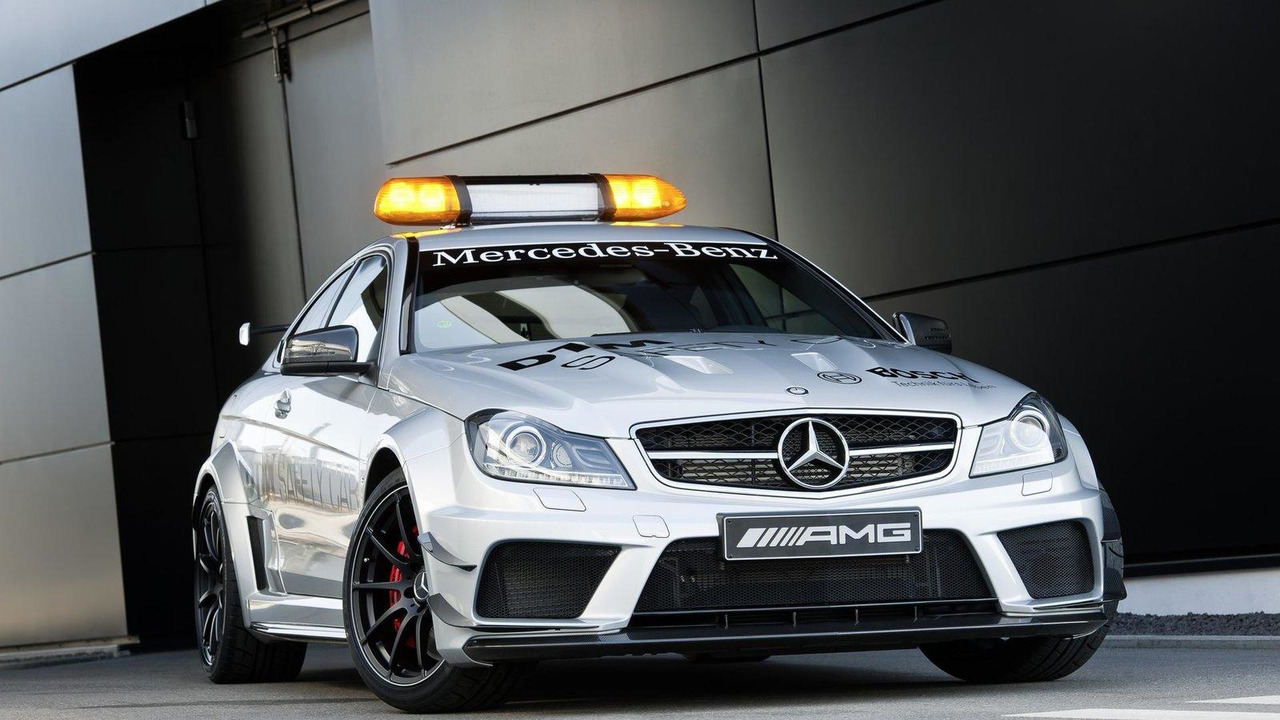 Mercedes-Benz has announced the C63 AMG Coupe Black Series will serve as one of the new German Touring Car Masters (DTM) Safety Car in 2012.

Mercedes-Benz has announced the C63 AMG Coupe Black Series will serve as one of the new German Touring Car Masters (DTM) Safety Car in 2012.

The C63 AMG Coupe will alternate with BMW's M3 Safety Car from race-to-race. Previously, Mercedes and Audi alternated safety car duties since 2000, but now in 2012 it's BMW's turn as all three German marques compete against each other for the first time in DTM history.

Under the care of the German Motorsport Association (DMSB), the C63 AMG Coupe Black Series will be driven by racing driver Jürgen Kastenholz (44). His job is to ensure maximum safety for racing drivers, spectators and track marshals in the event of any dangerous situations such as extreme weather conditions, accidents or any other dangerous incidents. The safety car responds to a radio message from the race marshals to enter the track and leads the DTM field around the circuit until normal racing can be resumed.

The C63 AMG Coupe Black Series remains unmodified with regard to the engine output of 517 HP (380 kW / 510 bhp) from its AMG 6.3-litre V8 engine. However, besides the lightbar that sits on the roof, the safety car is fitted with a modified AMG sports exhaust system, which gives a pronounced AMG V8 sound. This was done to cater to the spectators at the race track and for the TV audience.

DTM gets underway at the Hockenheimring on 29 April 2012.