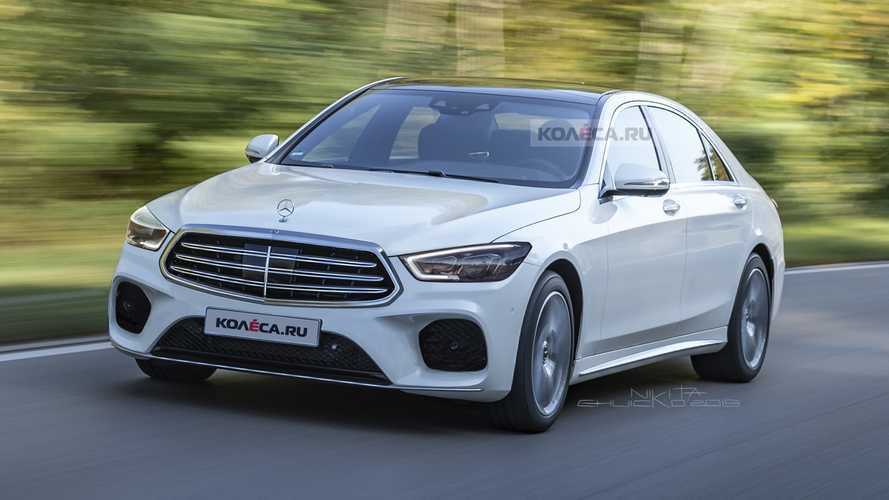 Rumor has it the next S-Class will come only with a long wheelbase.

Crossovers and SUVs may have taken over Mercedes’ portfolio, but the S-Class remains the undisputed king of the lineup. An all-new model has been in the works for a few years and will be ready for its world debut at some point in 2020. Today, our friends and colleagues at Kolesa.ru have decided to share with us their vision of the W223 using styling cues from the latest design language seen in recent products carrying the three-pointed star.

It seems highly unlikely the exterior appearance will represent a major departure from the current W222, but at the same time, you can rest assured Mercedes’ new range topper will look fresh. The adjacent renderings appear to be based on the latest batch of spy shots and imagine the fullsize luxury sedan with slimmer headlights derived from those of the A-Class Sedan and flanking a new hexagonal grille. At the back, the taillights extend onto the trunk lid and are also reminiscent of the baby Benz sedan.

That wide chrome bar at the back extending from one corner to the other, above the headlights, might have a correspondent in real life judging by the latest prototype caught on camera undergoing testing. Here’s a side-by-side comparison between the render and a spy shot depicting the derriere of a W223 prototype to better understand what we’re talking about.

As you can see, the camo in that area doesn’t match the rest of the disguise on the trunk lid and rear fenders. The cutout at the bottom of the trunk appears to be wider than that of the outgoing S-Class, which should make it easier to load and unload cargo.

Rumored to be offered only with a long wheelbase, the revamped S has already revealed a good chunk of its interior where the dashboard will be dominated by a gigantic touchscreen. A fully digital instrument cluster – possibly larger than the current setup – is in the offing as well, while the number of conventional controls will likely be kept down to a minimum.

Production of the next S-Class will take place at the newly built Factory 56 in Sindelfingen, Germany where Mercedes will also build some of its high-end EQ electric cars. Speaking of which, an electric equivalent of the S-Class, tentatively called EQ S, has already been announced.