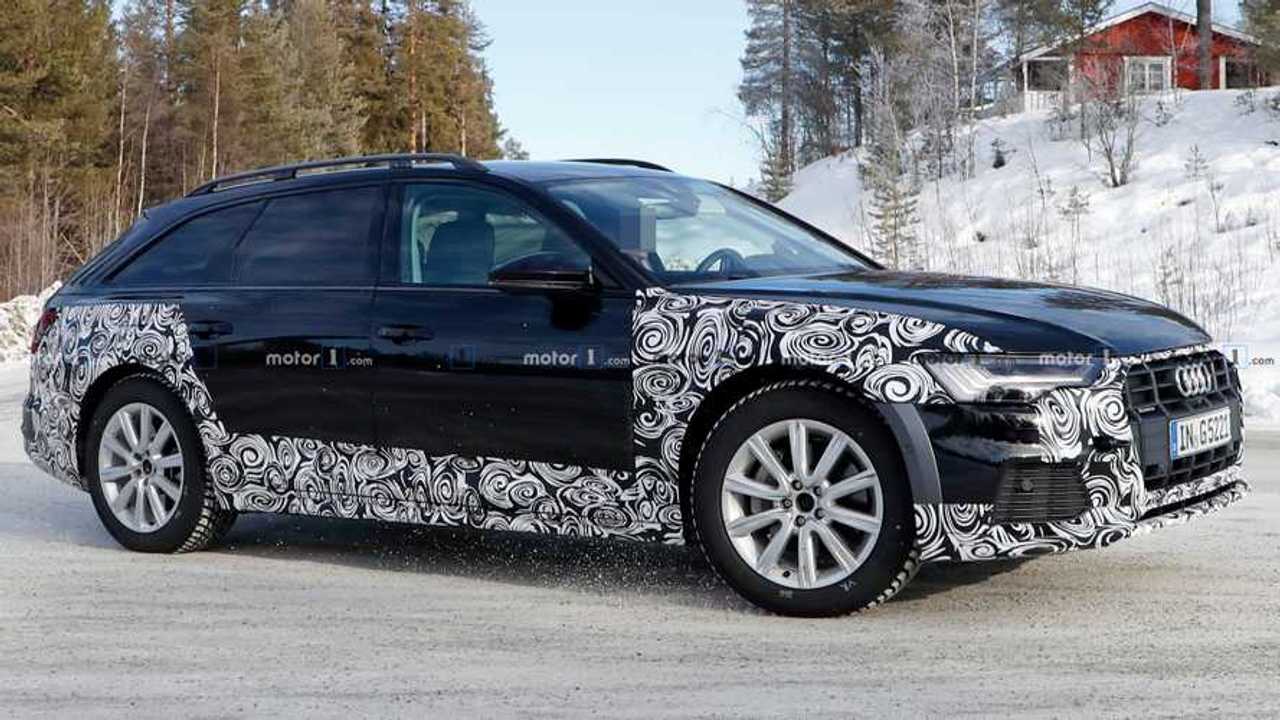 The SUV antidote is inching closer.

Audi is in the midst of an SUV lineup expansion, but it knows not all people are fans of the Q series. For those in need of a bit more ground clearance without resorting to one of the many SUV that Ingolstadt is selling, the Allroad models are the perfect alternative. The tried-and-tested rugged wagon formula is being perfected for the new A6 Allroad coming later this year.

For whatever reason, Audi still camouflages these prototypes as if the swirly disguise is hiding something we haven’t seen already. The test vehicle appears to carry the full production body, including the beefy wheel arches with the additional plastic body cladding. The lifted suspension setup is most noticeable when looking at the midsize wagon from the side where the beefier sills remain concealed underneath the camo.

Slightly modified front and rear bumpers are also part of the package, but knowing Audi and how it designs its cars, the differences between the regular A6 Avant and this Allroad version won’t be obvious. It should be the same story on the inside where only subtle tweaks to the trim and upholstery will distance the more adventurous version from the normal wagon.

With the 2019 Geneva Motor Show behind us, it’s increasingly more likely Audi will unveil the A6 Allroad in September on its home turf in Frankfurt. It will obviously join the A4 Allroad, plus a possible A1 Allroad as spy shots have shown the Ingolstadt-based marque is prepping a chunkier version of its supermini.

Beyond the Allroad model, the A6 family will grow to include the S6 Sedan and S6 Avant, along with the range-topping RS6 Avant. There are some rumors regarding the return of the RS6 Sedan, but we’ll believe it when we’ll see it.

New Audi A4 Allroad Spied For The First Time [UPDATE]