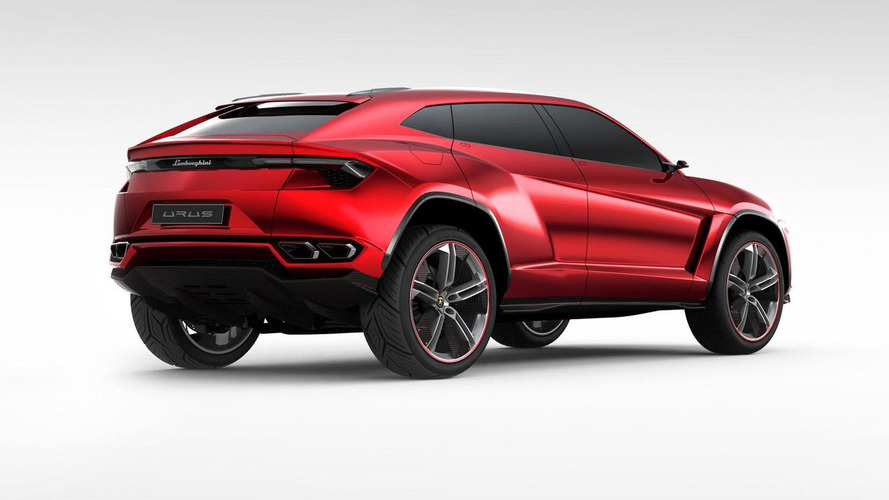 Lamborghini has officially unveiled the Urus concept, ahead of its debut at the Beijing Motor Show.

Lamborghini has officially unveiled the Urus concept, ahead of its debut at the Beijing Motor Show.

Named after the Aurochs bull - a large, wild ancestor of domestic cattle - the Urus is the spiritual successor of the LM002. It features aggressive styling with a prominent front fascia, a ventilated hood and LED headlights. There's also a tailgate-mounted spoiler, a rear diffuser and a four-tailpipe exhaust system. Other highlights include an adjustable suspension and 24-inch wheels with a matte aluminum finish.

Power comes from an undisclosed engine that produces approximately 600 PS (440 kW / 592 hp). It is connected to a dual-clutch transmission and a permanent all-wheel drive system which enables the concept to have the lowest CO2 emissions of all comparable vehicles.

According to Lamborghini president Stephan Winkelmann, "The Urus is a very concrete idea for the future of Lamborghini - as a third model line and as the perfect complement to our super sports cars." He added, "The Urus is the most extreme interpretation of the SUV idea; it is the Lamborghini of the SUVs."

While the company declined to confirm the Urus would go into production, they hinted a crossover would "enormously" expand their customer base and would be targeted at buyers in China, Russia, the Middle East and the United States. Lamborghini also estimated that sales could hit 3,000 units annually.