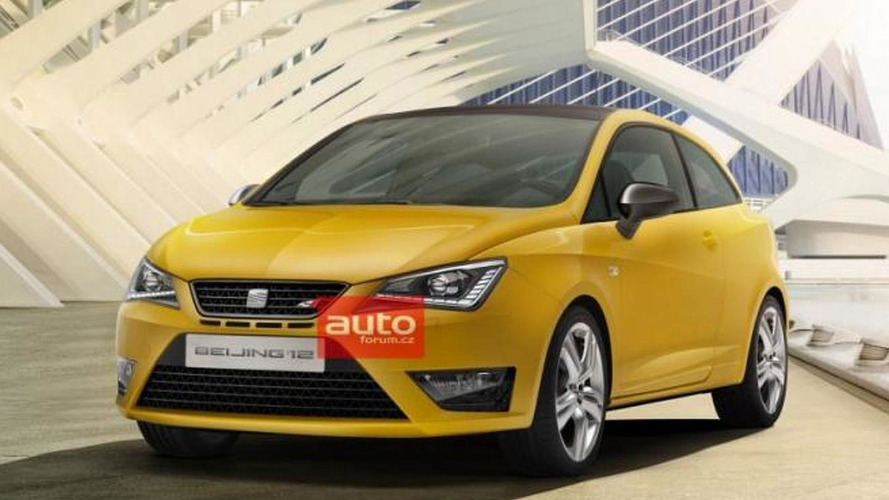 Earlier this year, Seat gave their Ibiza range a mid-cycle facelift. The models included the three-door, five-door hatch and five-door Sport Tourer (ST) but we were missing the high performance Cupra. The wait is now over after the first images of the range topper leaked unsurprisingly to the webosphere.

The styling of the model is the main focus of the upgrades, a fact that is evident in these pictures. The front fascia has received a big overhaul with a restyled grille, fog-lights, air intakes and headlights. The rear end updates meanwhile are slightly more modest with just remodeled taillights.

The existing model came with a 1.4 TSI twin charger engine mated with a 7-speed DSG gearbox and generated 180 hp (134kW/183PS). We are not expecting any major upgrades in this area so expect to see similar figures when the official figures are released on Monday. If performance remains the same, the facelifted Ibiza Cupra will accelerate from 0-100kph (0-62mph) in 7.5 seconds before hitting a top speed of 225 kph (140mph).

The new Seat Ibiza Cupra facelift will be officially unveiled to the public at Auto China in Beijing in a couple of days time.